Bringing this series to a close with a departing shot of a passerby on a bicycle. Taking photographs is more than a hobby; it documents my life. This series is special to me. Looking through the images the sense of not wanting the moment to end is so strong for me. I knew that my time in Shibuya was coming to an end and I wanted to soak it in as much as I possibly could.

This is now, this is where I am, I remember saying to myself seeing the intersection of the Shibuya Scramble Crossing cleared of traffic. I am in Tokyo! Japan! For an instant, the deserted zebra crossing appeared calm, the brilliant white starkly contrasted against the black. It was late night. The green man flashed and the swelling surge of people began to move. Unable to resist, I moved with them. I got to the centre of the crossing and just stopped. Causing an obstacle for others, they waltzed around me. The loud hum of their conversations and the beat of their passing filled the air. I stayed there until the green man started flashing and the last few pedestrians hurried to get across. Eventually, I was alone in the centre of the crossing. A silence descended. On all sides of me cars, taxis, motor bikes, trucks, every sort of vehicle were readying to go. I had to move. But this was the moment. Pause was pressed. I even rewound a little and paused again to take it all in. This is now, this is where I am, I was saying to myself. This is Tokyo! This is the Shibuya Scramble Crossing. My breathing quickened and I scanned the options. If I stayed a second longer, this moment would not become a memory, it would become my last. The traffic, at first edging, was now pushing forward with intent. I ran. Seconds later, catching my breath, I leant on the pole of a street light and the traffic rushed past, but I was not watching it. Already, I was recalling the moment that had just passed. Already reliving it. 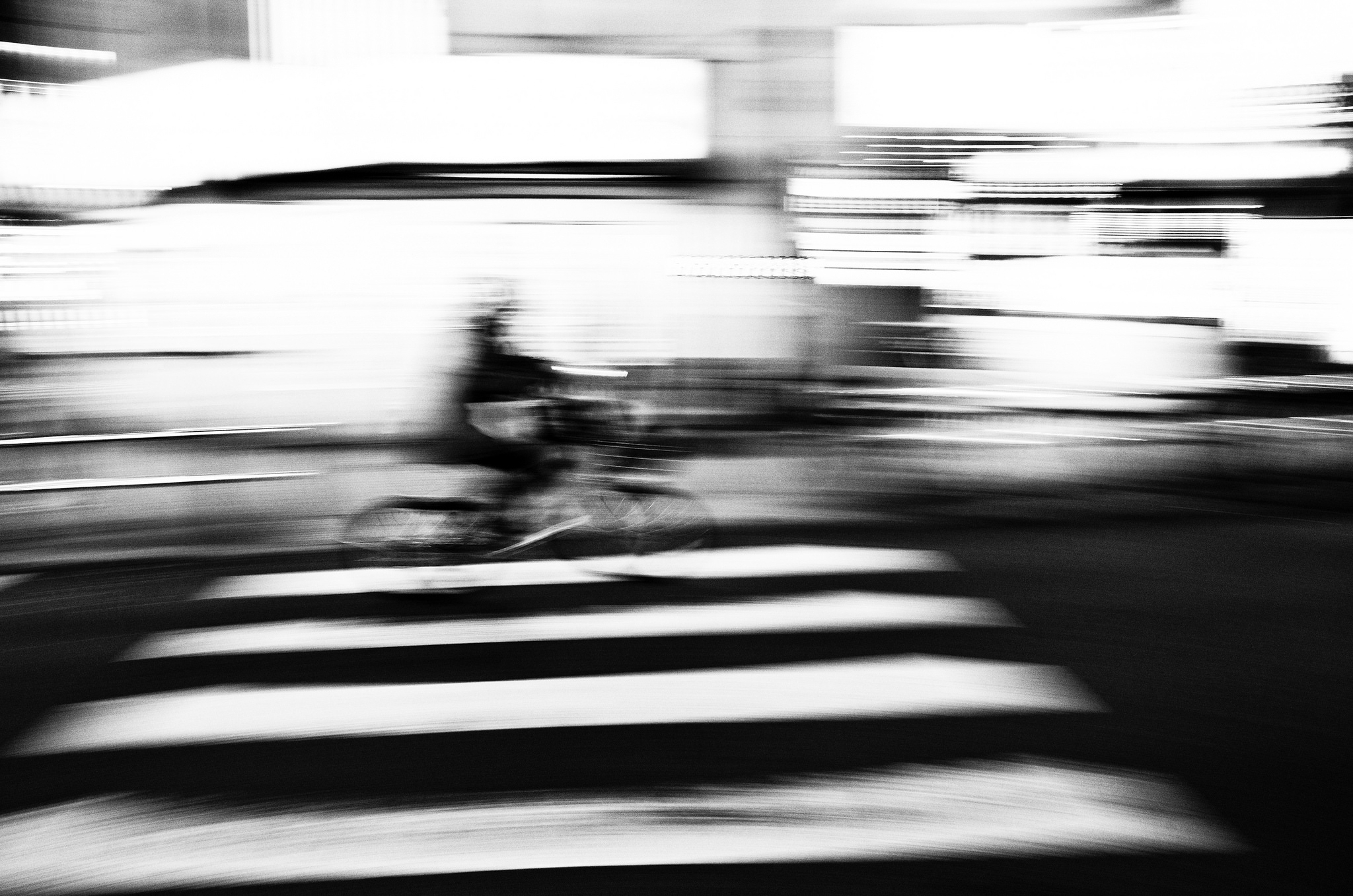 Here is a colour photo taken with the iPhone of the crossing. Night is falling and the neon lights up. I like the simplicity of this photograph. 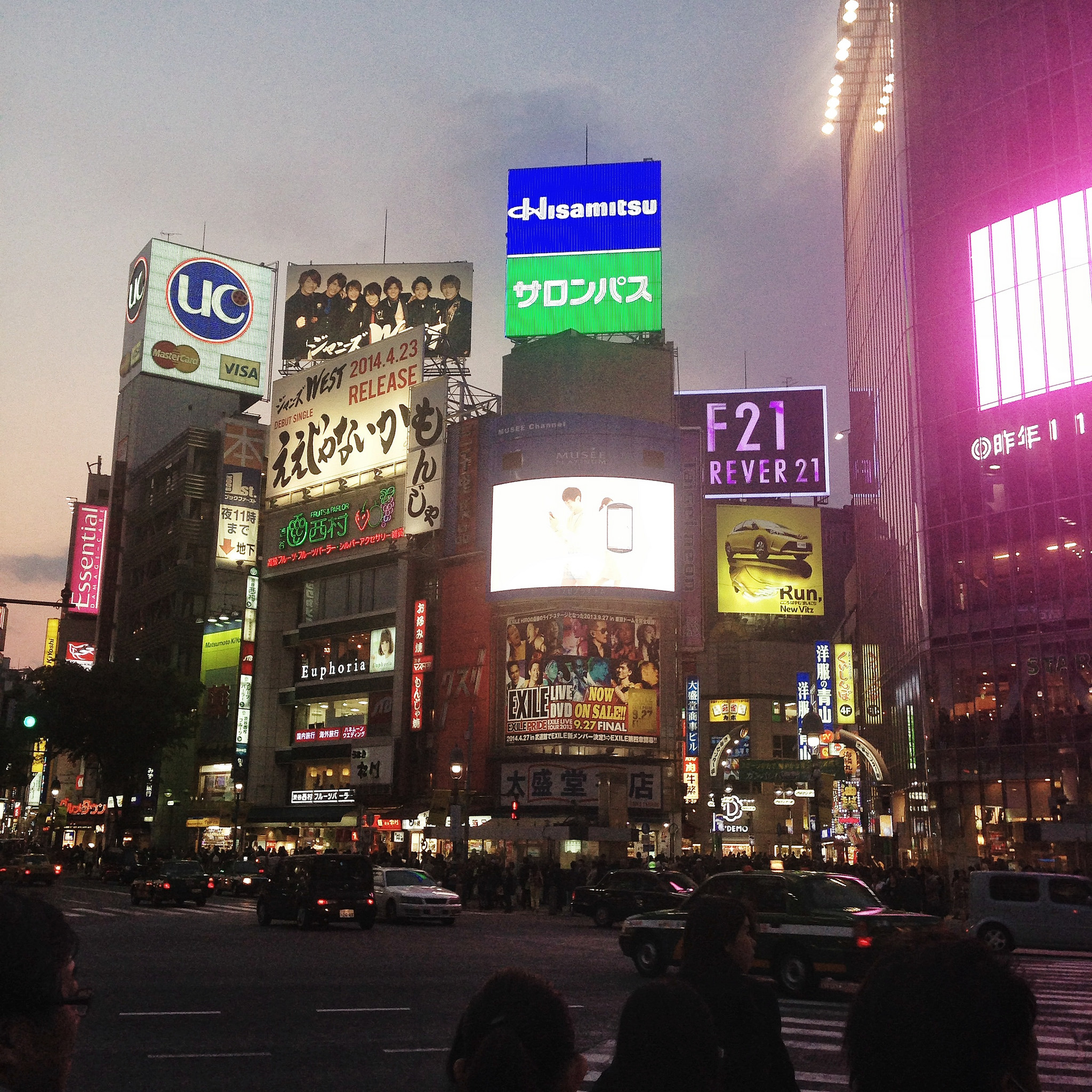