(13 years have passed. Have things improved? Is the world safer? Will atrocities like 9/11 happen again? To live in times of peace is the greatest luxury and taking it for granted is the greatest folly.)

To photography: Yesterday, I was in Tralee for the day. Tralee is a the capital town of Kerry. It is a small provincial town with a population of about 25,000 people. I had hoped to get a few photographs while there, but like so many times out on the streets it was a frustration. Am using a 50mm lens and, while I like it for family portrait shots, I am not sure if I like it for street work. Maybe a 35mm would be better; ya?

Today’s image is another taken in the late evening in the side streets around Shibuya. It shows the contrast in the early morning character of Japanese and the late evening character. Early in the morning I cannot imagine this couple stopping to pose when they see a foreigner with a camera. Ya, of course, alcohol plays its part in this too, but alcohol brings out what is inside. And inside is a playfulness and a curiosity. I had myself set up to shoot passersby with this interesting backdrop. This couple appeared and instead of just passing on by, they stopped and invited me to take their photographs. I obliged. When they came to look at the result, they were so surprised to see their blurred up selves. Lots of wide-mouthed and raised eyebrows exclamations. How much fun is that! 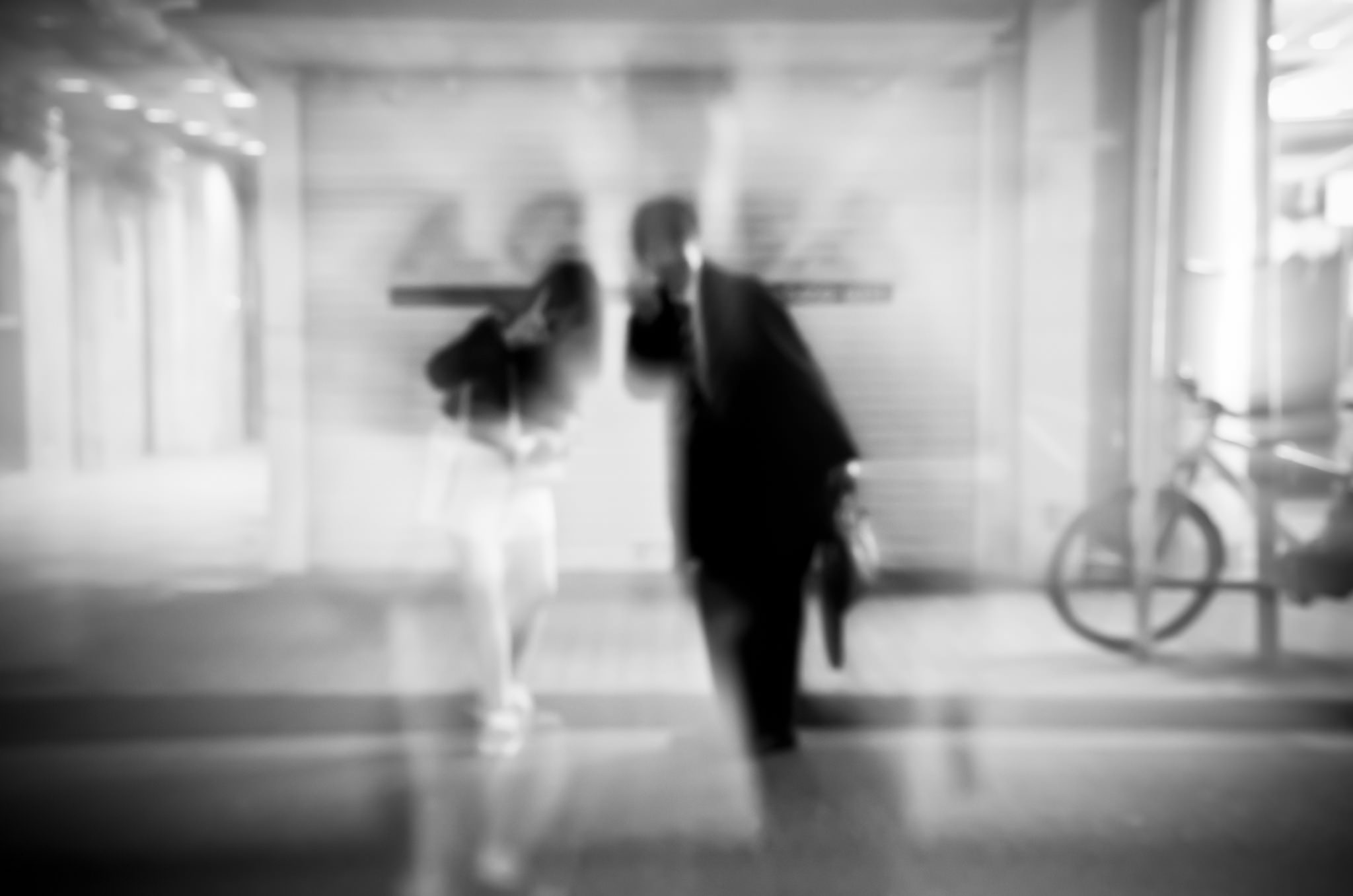 The iPhone photograph is one that fits into a series of images called “This nagging knowingness”. The series is about the things we carry with us, that do not leave. Things that are never too far from the surface. The failing effort we put into forgetting. Seeing sleeping people or people with their eyes closed in refuge in public places makes me think of this. 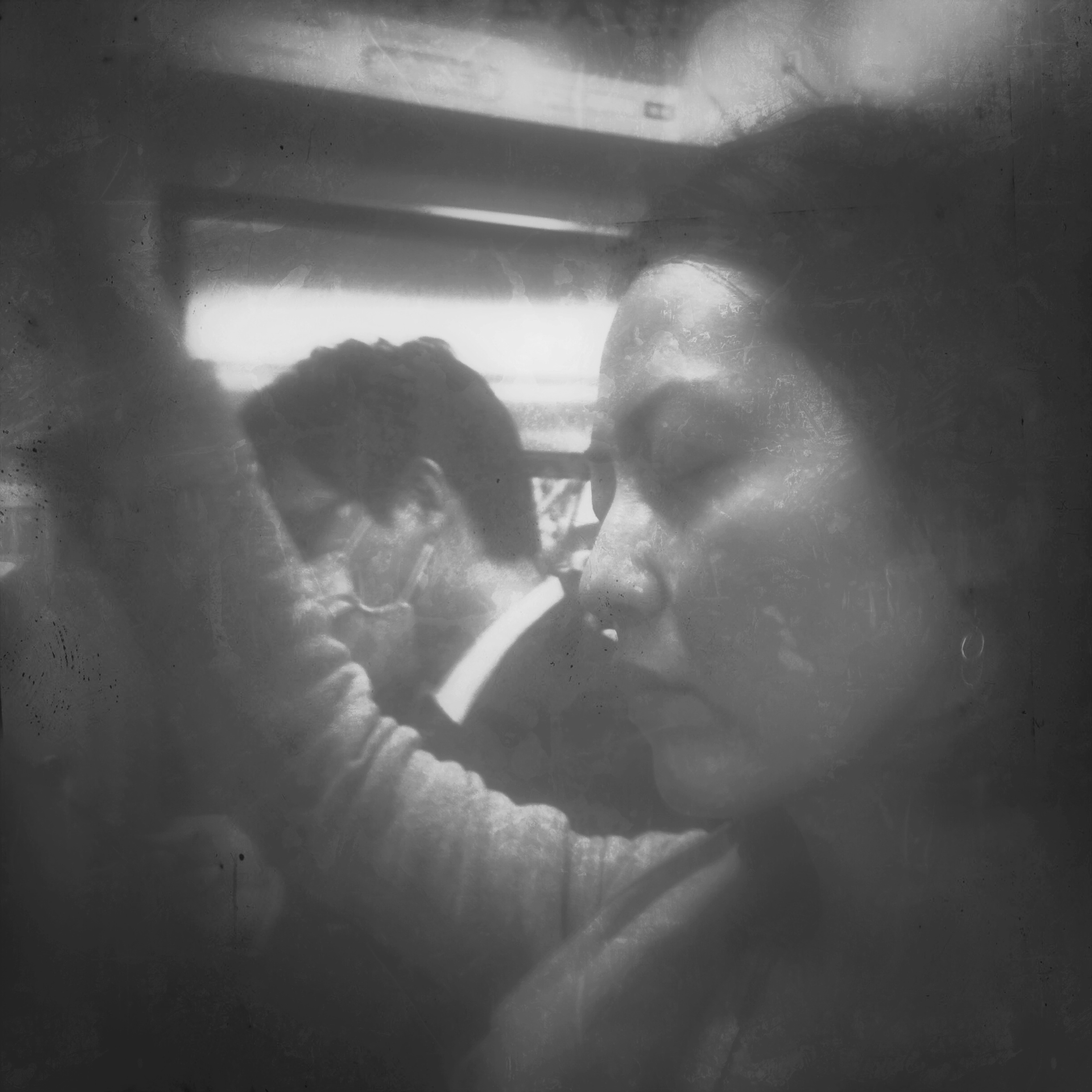