Buy books not gear. That’s what those with all the best gear tell us. People owning Leicas costing thousands and thousands of Euro and they tell us not to have G.A.S – gear acquisition syndrome. So often these are the very same people who get gifted new cameras by the manufacturers. Buy books not gear, they tell us, but imagine all the books they could buy if they sold their Leicas.

Anyway, for a quite a while I had been thinking of getting a more compact camera for street work. I was tired of lugging the heavy Nikon around with me and the idea of having a  little, discreet light camera appealed to me. I did my research and the camera that kept popping up as the best in the category was the Fuji X100T. The reviews all seemed to say the same thing: If you have the previous model – the S – then there is not much point in the upgrade, but if you do not have the S at all, then separate yourself from your cash (all €1,200 of it) and get yourself closer to that camera of your dreams. The reviewers raved about the X. Ken Rockwell calls it “The world’s best digital camera“. Eric Kim, who was gifted one, loved it. The Fro Knows Photo guy claims he “can’t say enough good stuff about this little camera”.

So, what do I say about it?

It is light! It looks cool. It fits in my pocket, a little uncomfortably, but it fits. I like that I can use the LCD screen to view an image as I am taking it (but that eats up the battery). If you want you can switch between the OVF and EVF, and there is even this little box that can appear on the bottom right hand corner which allows you see a zoomed-in-close detail of the image. The customisable function buttons are cool. You can operate the camera on silent mode which allows for better candid shots. The image quality straight out of the camera is impressive. Images are crisp and sharp. I like the fact it has a fixed lens and that there is no zoom. This forces me to compose with greater care and to zoom with my feet. This will make me a better photographer. The WiFi allows for remote control access, but I cannot, as yet, imagine a scenario to use that. Apparently, it is great in low light, but I have only been out twice with the camera, both in daylight, and I haven’t had the chance to check it out at night yet.

I find myself asking did I get a shot there. I like the silent mode, but it is a little unnerving. I think I need to get back to the clicks to signal a snap.

Image review – I like to see the shot I have just taken pop up on the LCD screen once I have seen it. This does not happen with the X100T. You have to press the play button and wait until a second or two for it to appear. Apparently, I can mess around with the power saving options and this will speed up the process.

The WiFi – it does not allow me to send a RAW file, and I like to only shoot in RAW, so I can’t see the advantage of this. I can put the settings to RAW + fine and the fine file is transferrable. But this would get very messy later on when uploading files to the Mac. I would have duplicate copies of images and need to manually sort the RAW files out. No. I think this is a gimmick which I will leave alone.

Battery – having being so used to the Nikon D7000 battery and hardly ever having to worry about it, I was pissed off to see how quickly the x100t’s battery quits. I have ordered two spare batteries, but why should I need to?

Can I blur the fuck out of things? Can I do it with the ease and grace of the Nikon? Not really. I am still learning with this camera and even though I had in on MF the other day, for some bizarre reason the camera swept back into auto focus and the blurred image I was trying to get disappeared, leaving me damn frustrated as I tried to fix the settings.

Overall, I do not like the camera. It is very different to the Nikon and I am a creature of habit. I want my old camera back! But, and this is the thing, all of this is good, it will make me learn. It will make me see the world in a different way when I am out shooting. It will push me along in my evolution as a photographer and that is why I wanted it. Comfort zones are all fine and dandy, but I need to be challenged. I want to experience the frustration of not getting the camera to do what I want; it will make it all the sweeter when I get it right. This camera will drive me crazy, I know that. But I also know I will grow to love it and that it will be with me on many great adventures to come.

Sure, it is a good thing to buy photo books and not spend all your money on gear, and I do see the point those with the already-acquired expensive cameras are trying to make, but at times it is nice to buy some new gear. Here’s to the new adventures! Here’s to the Fuji X100T.

This is one of the first images I took with the X100T. 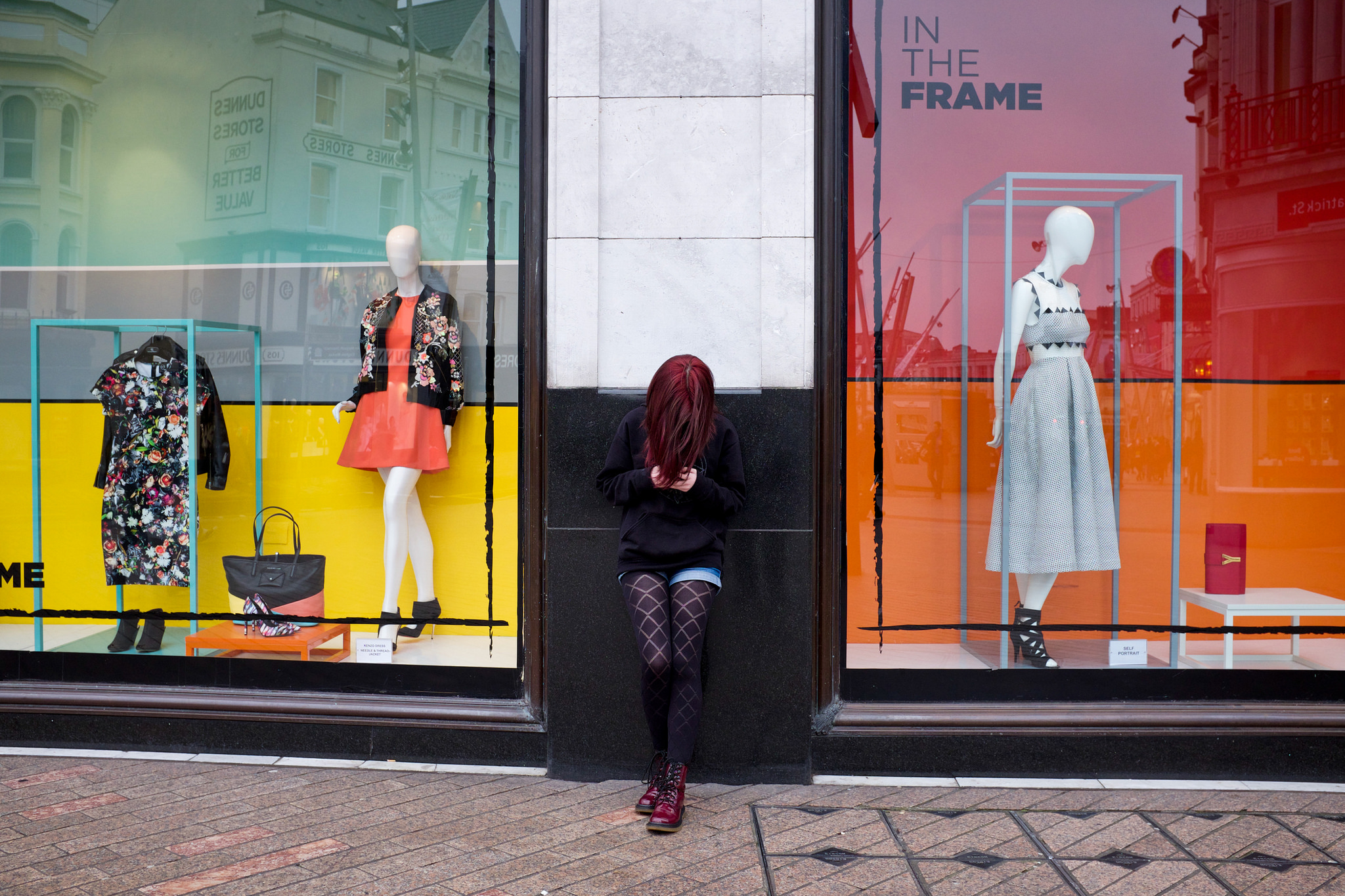 And here’s an iPhone image taken in Dublin last weekend. A blurred one. Got to love the blur. 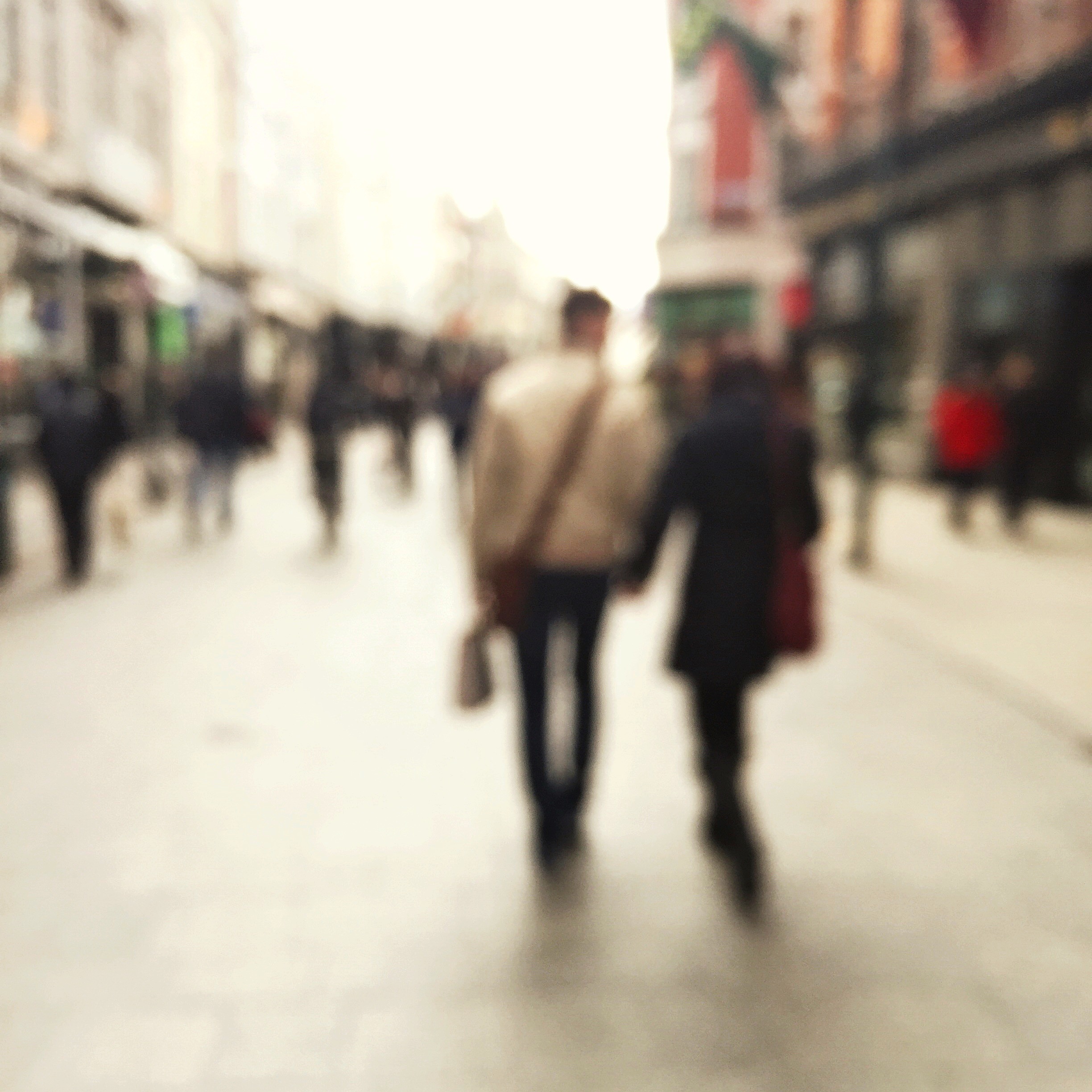