Only a few weeks have passed in this new year and looking back at last month’s images makes me think years have passed. Time is a strange concept. Twenty six posted images in December and I can only choose one, and to be honest, there is only one I would choose. I saw this gentleman approaching on a cold December morning while I waited for my wife to arrive. A popular meeting point in Cork city is outside Cash’s, now known as Brown Thomas. I was there waiting, people watching and all my attention was drawn to this well-dressed, small gentleman. He may have been old, but his face had a look of cheeky mischief. For some reason, he got me imagining what he might have looked like as a little boy. He did not smile nor frown. He carried himself with grace. Yet, I could just picture him in short pants, long socks, battered brogues and a tattered shirt and tie, and ya, that cheeky, mishievous look. He was lovable.

Discreetly, I got the photo. My wife arrived. I showed her. She nodded and smiled and said when asked that, ya, he looked cute. He does, doesn’t he? A gentleman, but you just know that little boy is still there, still ready for mischief. 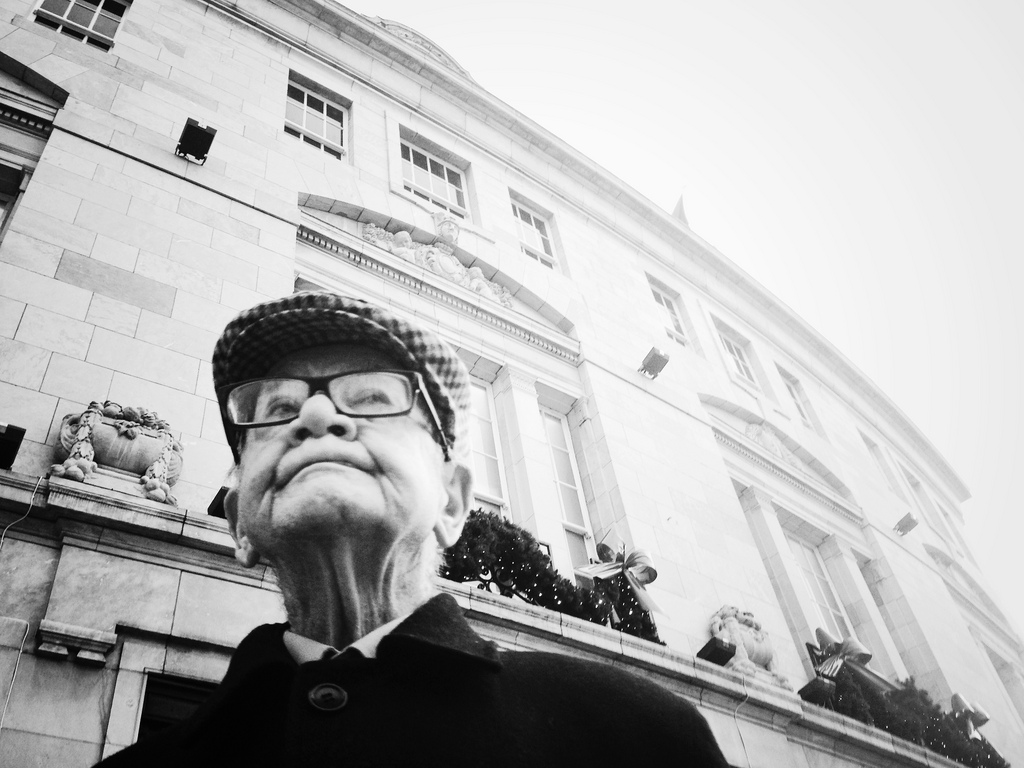