Arrows! I am always drawn to them when I see them. Always looking for direction and what is better than a big arrow painted on the ground or wall giving me indication of how to proceed. To frame a shot, there is nothing better than arrows. They give a focal point and get the viewer questioning the elements of the photograph.

Today’s image has a wonderful red arrow painted on a wall. I found this in the Shinjuku area of Tokyo when I was having a wander around. Naturally, I had to get a few shots of it. The best way to get the arrow in frame as closely as I could was to get down low. So, in an effort to save my dodgy knees I lay down on the ground. I must have been some sight for the passing Japanese to see this foreigner stretched out on the ground with his camera pointing up. But I did not care. I love the anonymity you get being in foreign places. Stretching out on the ground to get a shot is not something I would do in Cork! So, there I was framing the shot, click clicking and looking up to see who was coming so as to frame them in the shot. I saw there was this long-legged woman approaching from the left and a guy in a suit from the right. Great, I thought, I can get the two intersecting under the arrow. I got ready. Looking through the viewfinder I saw what I thought first was a dog coming into view, then I realised it was a human, then I realised it was this beaming little girl running towards me. I instinctively snapped and then looked up. There was this beautiful little girl who had run towards me. She began to speak excitedly in Japanese. Now, I have very little Japanese, but I could not resist smiling back at her. How curious it must have appeared to her to see this guy sprawled out on the concrete with a camera. How natural for her to want to discover and how beautiful that she would run up to the camera and so expressively smile.

As I began to stand up and dust myself down, her mother came over, and with a respectful bow acknowledged me and with a puzzled look questioned what I was doing. She took her daughter by her hand to bring her away, but before she could I showed the screen of the camera with the photo of her little girl. The mother broke into a laugh, the little girl pointing at the screen laughing also. It was a beautiful moment. I imagine that the many passersby who saw this strange foreigner stretched out on the ground would have loved to have run over like the little girl did, but adults cannot behave like this. Can they? 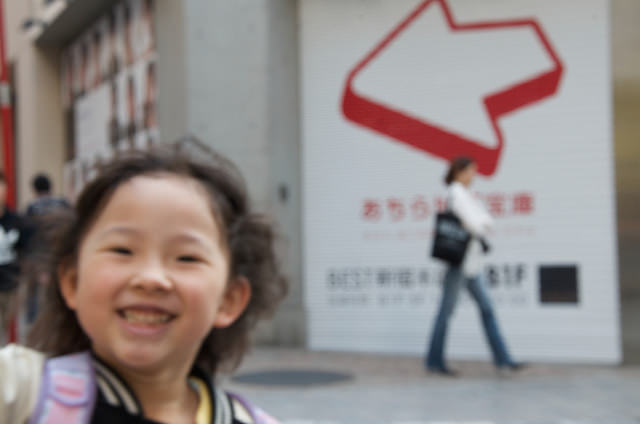 This is the photograph I am posting to Flickr today. It does not have a background story to it. 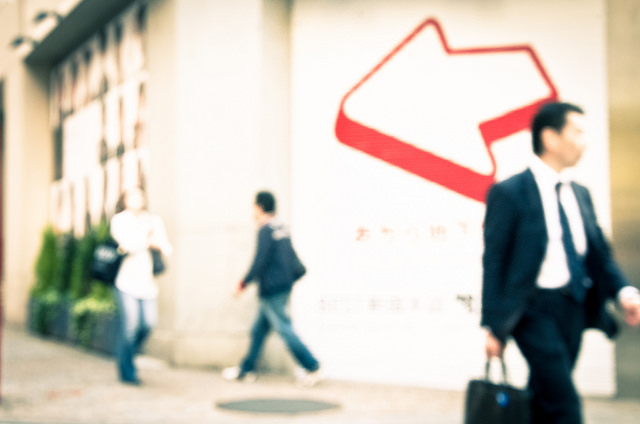 I could spend hours in underground train stations. There is such activity there. When I am in big cities and get tired of being on the streets, I know that a change of scene by going underground will always reinvigorate me and get my curiosity going again. Here is an iPhone shot I took in the underground near Shibuya. I am involved in a project with some of other photographers at the moment to do with facial expressions. Doctor Paul Ekman identified that these are universal across all cultures. What emotion do you feel is being expressed here? 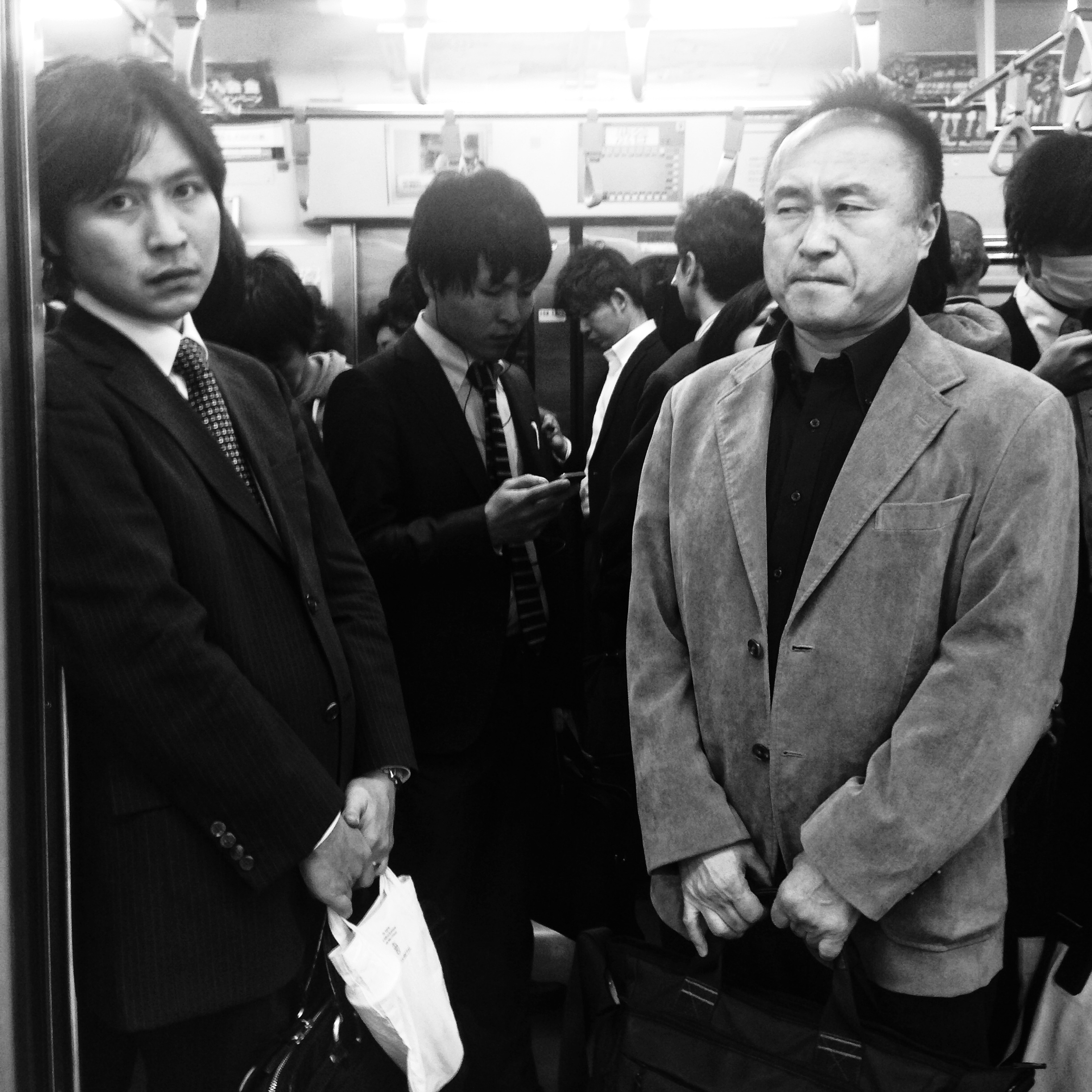