More images shot in Milan. This first one created with the Fuji x100t (which is sick and recovering in the Fuji hospital in the UK – wishing it a speedy recovery) in a underground station in Milan. We had a marvellous time while we were there, but one of things I wish I had was more time to create photographs. The woman blurred out in the image is my good and patient wife whose holiday was punctuated with my photographing. Had she not been with me, I would stayed and worked these locations much more, but I had to work quickly here. Now, don’t get me wrong. I would not have changed anything about the two days we had in Milan. But of course, I do see photographic opportunities lost. 🙂 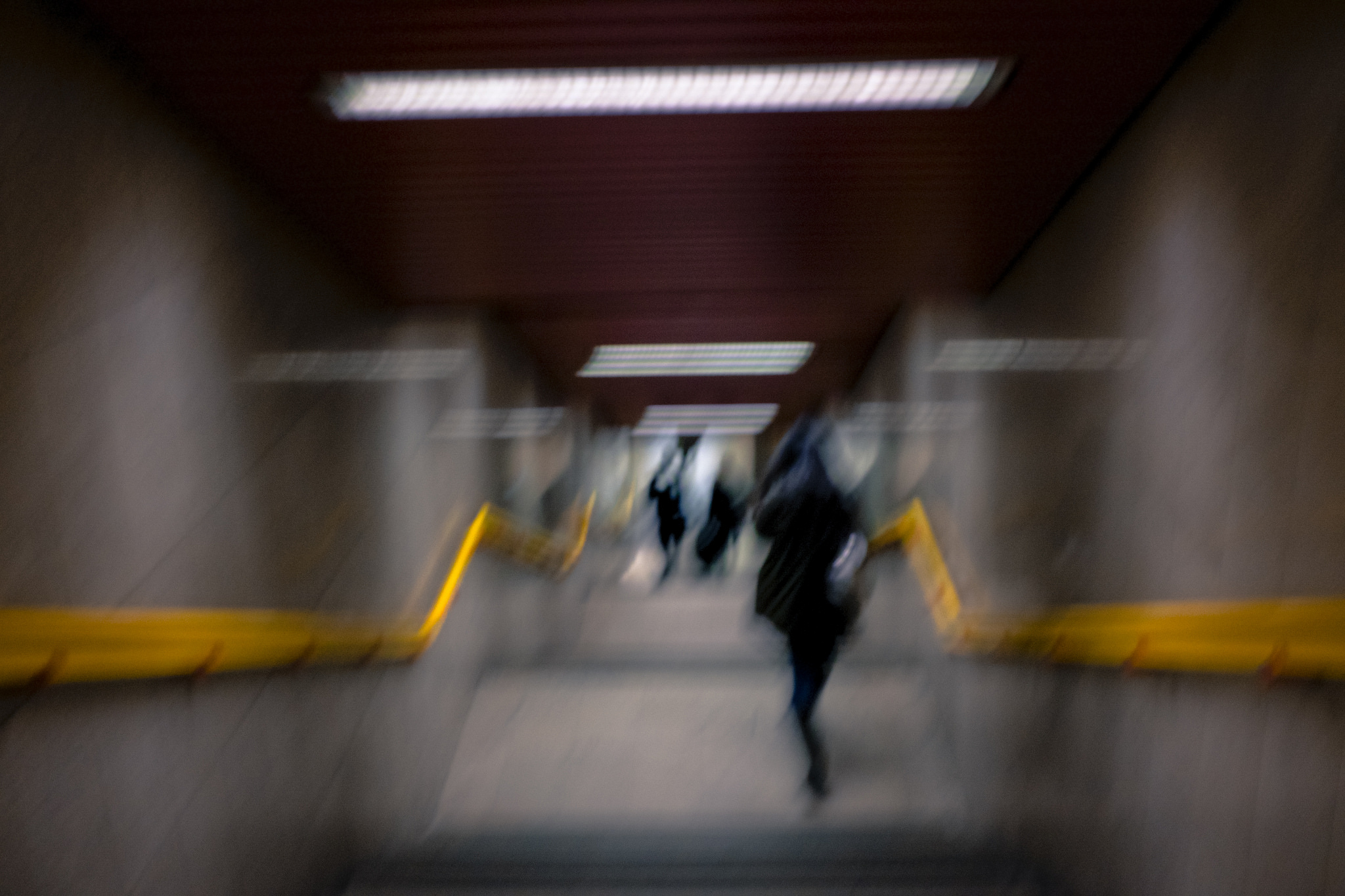 In Milan, I was struck by the strong characters I encountered. The men had such expressive features. This iPhone image is one of those. I saw this man in a stopped tram staring at me. As I approached with the camera, his gaze intensified. 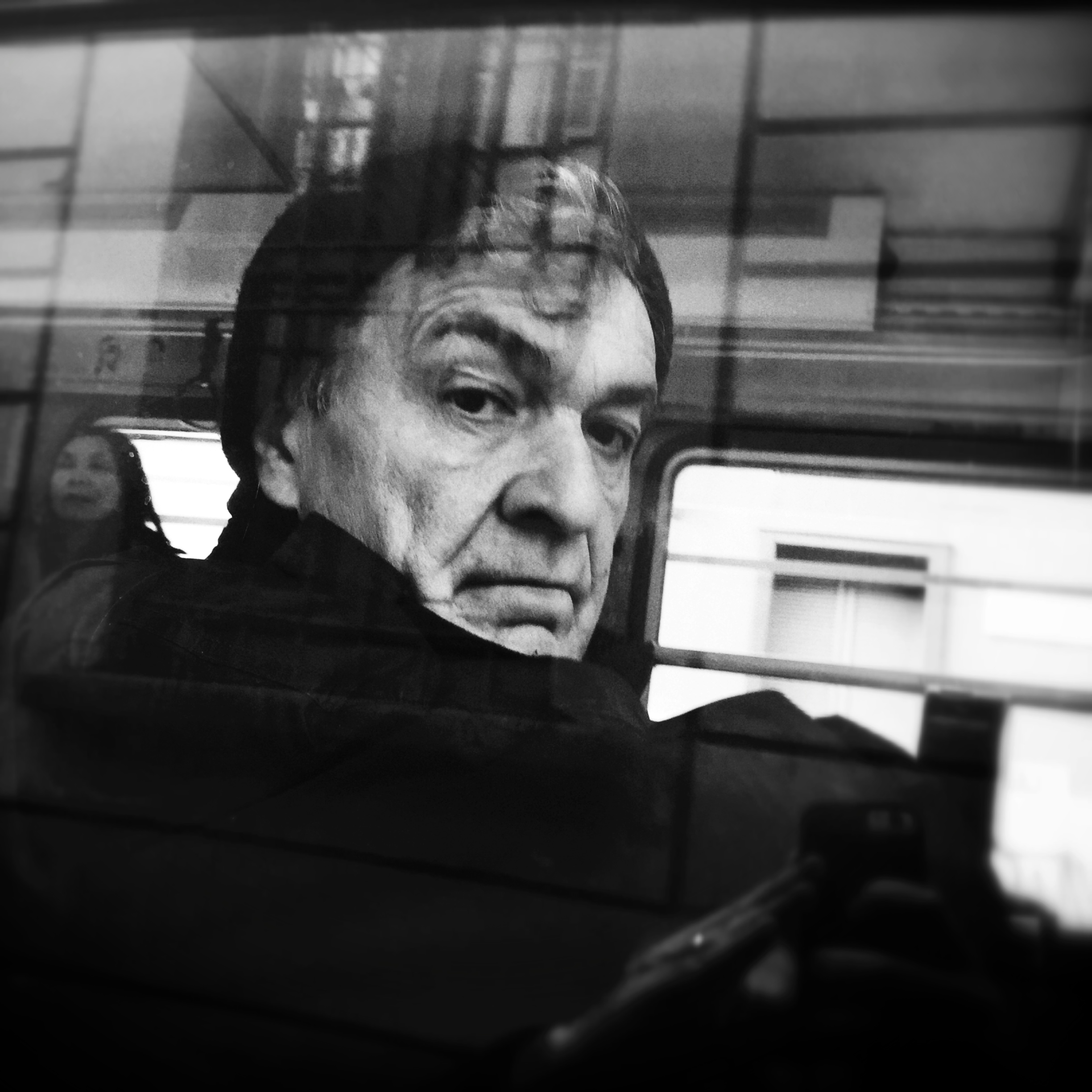