The issue of privacy and intrusion is something I am always conscious of when I am on the street. I think if I am not, then I should leave the camera at home. I imagine these ladies felt I was a nuisance, but as a foreigner they would not have been surprised to seeing me take photographs. I came upon them on my walkabout the local market in my wife’s hometown. It would have been hard for them not to draw attention dressed as they were. These were two ladies who took pride and time in their appearance, and looked a little out of place in the market. They were engaged in animated conversation under their two umbrellas. I approached as discreetly as I could, not wanting to make my presence felt, not wanting to intrude, and I suppose not wanting to lose or convert the candid moment they were involved in. Positioning myself to their right, I set up the camera and shot. I think the little click of the shutter release alerted them and startled them a little. I don’t think I frightened them as instead of walking away from me, they walked towards me. As they did, I took another shot (see below). Then I lowered the camera, gave a bow and bows were returned and one muttered something in Korean to the other. The other nodded her head, then slowly shook it from side to side and glanced back at me still shaking her head. I raised and held the camera to my chest, smiled and thanked them in Korean – Gomapsamida!

Did I intrude here? I certainly interrupted and maybe I provided them with a little distraction and amusement on a wet day.

The two photos are best seen together, I think. 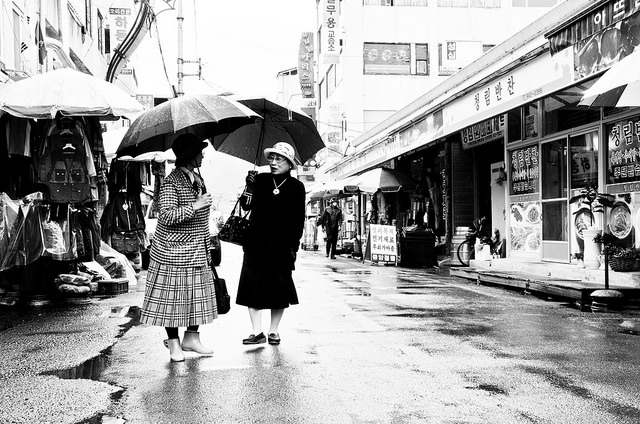 Everything there is to know is constantly being revised 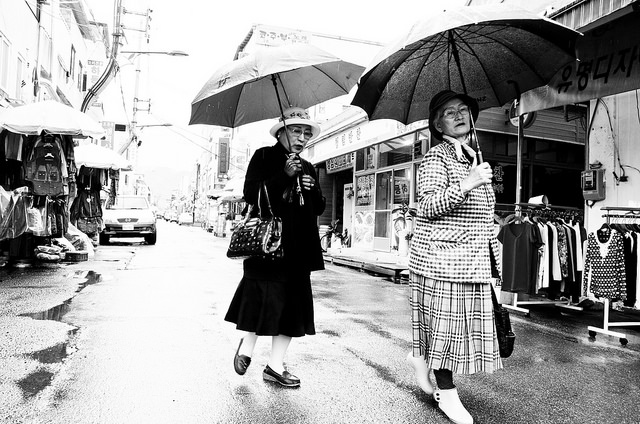 We can start again

The iPhone photograph was taken on the streets of Daegu. This man approached and I could feel his eyes on me causing my eyes to meet his. I stopped before him, gave what I thought was a requesting look as I raised the iPhone, nodded a few times and clicked. All the while, he appeared expressionless as he gazed at me. I showed him the shot and slowly an awareness of how he looked dawned on him. He seemed happy and sad in the same instant. He looked away from the iPhone to me and gave the slightest of bows and walked on. 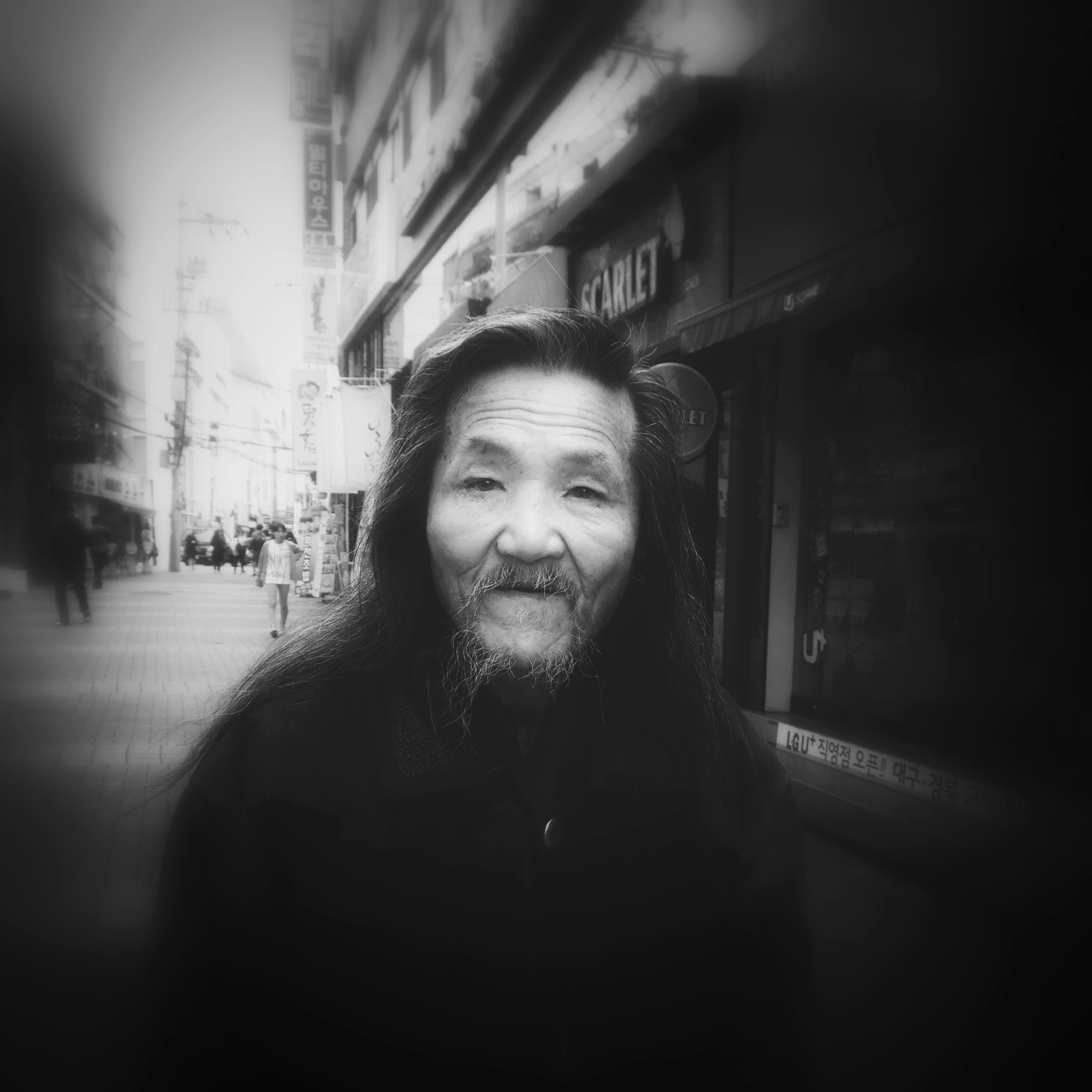