I like to post series of threes or a maximum of four images on Flickr. There are a number of reasons for this. Usually, of the photographs I have taken of a scene or location I am lucky to get three good ones that I am pleased with and when posting images in a series I find that interest on Flickr wanes after the third image. But the thing with the images I got that Thursday night in late April is that I love so many so much. Is it OK to say that? OK to say I love my own photography? I think it is. If I don’t like the images, why do I want to share them?

Today’s image was made/taken (what is the correct verb to use here – see note below) by the pedestrian crossing that connects the entrance to Mark City in Shibuya to Shibuya train station. It is located under a bridge and the light at night is the light I love. I never use flash, but just work with the available ambient light. When I was in Tokyo in 2012 I got one of my all time favourite images in this location: 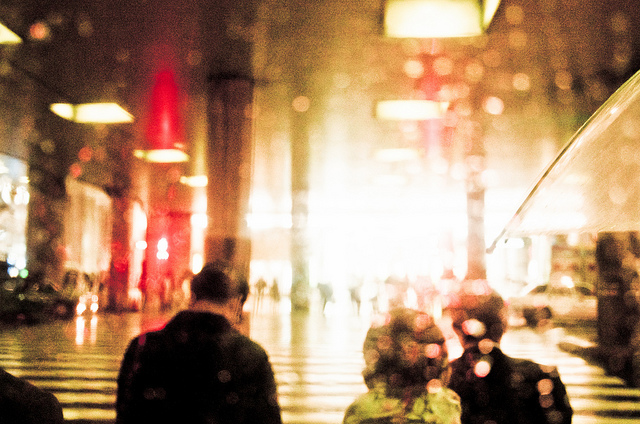 And I see the title I gave it Committed to the future is another theme that runs through my photography. The image I am posting today is taken from the same position, quite possibly at the same time of day. The characters most likely are not the same people, but in its essence they are. I worked this image in black and white to give it its high contrast and striking impact. The image above, taken in the rain, worked better to allow for the colours to run. 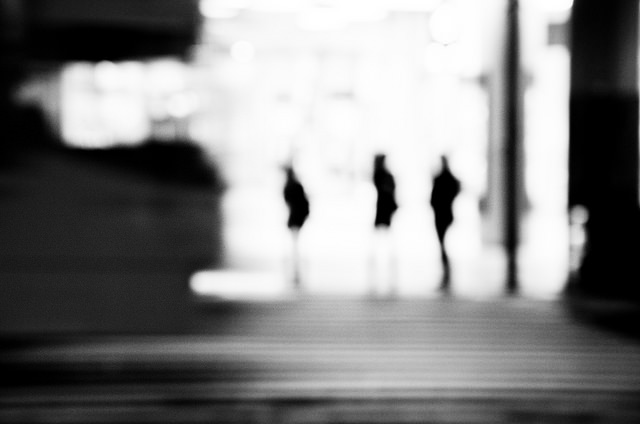 Trying to match up images taken in Tokyo with the iPhone with those taken with the DSLR is not so easy at times. Very often the images look fine on the iPhone, but large on the screen they lose something and I discard them. Today’s image is one I like; hard not to with that cuddly teddy bear overlooking us all, comforting us all. 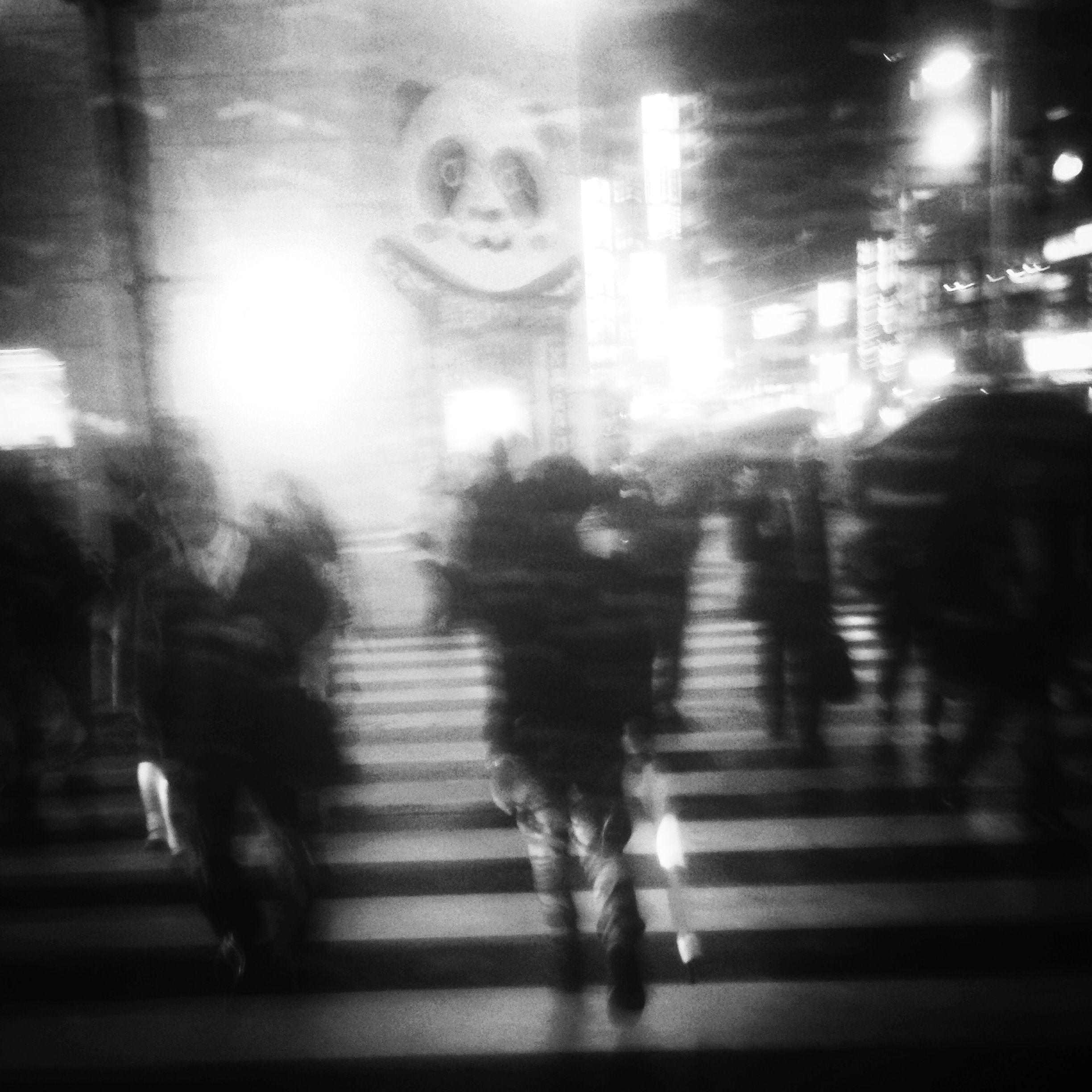