The Story of my ‘Shot on iPhone’ Photograph (Milan)

A week has passed since I last posted an update to this wonderful story. In this time, I have seen or been sent by friends images of my photograph on display on billboards or posters from cities all over the world: Santiago, San Francisco, Yokohama, Bógota, Bangkok, Berlin, Singapore, Hong Kong, Shanghai, Sydney, Berlin, Boston, Philadelphia, Hamburg – the list goes on. And I can say that it still is the most amazing thrill. Nothing I could ever have dreamed up. My photo on billboards and posters all over the world! And now the print campaign is starting too.

Seeing the image pop up in cities across the world and being sent photos of friends standing next to it has been so cool, but I had to see it for myself to believe it; I had to see it with my own eyes. A few days into the campaign my wife encouraged me to travel to get to see it. The options in Europe were Berlin, Hamburg or Milan. I had previously been to Berlin and Hamburg, so Milan it was. Checking airlines, I saw that Ryanair had an early morning flight out of Dublin into Milan on Saturday 14th and a late evening one back the following day. I booked it there and then. The only downside to this would be that I was travelling on my own. We have two small kids and no babysitter at the moment. So it looked like I would have to travel on my own. Luckily, my sister who lives in Dublin got on to us and offered to mind the two kids for the weekend so as to allow myself and my wife to go together. We were delighted.

Cork is about a two and half hour journey to Dublin. We left around 7 in the evening, arriving in Dublin at about 9.30. The kids slept most of the way up, but woke with excitement when we arrived in my sister’s house. After some time getting them to settle, we went to bed too. After getting very little sleep we were back on the road heading to the airport at 3.30 in the morning on our way to Milan to see my photograph on a billboard.

A little after 12 p.m, we arrived at our apartment. Our host gave us a map of Milan and my wife, who can read these things, worked out our route to where the billboard was. We would need to take the metro and change at one station and then exit at Moscova station on Corso Garibaldi in the centre of Milan. We were getting closer. The trip there took about twenty minutes and when we exited the metro station on to Corso Garibaldi we were unsure whether to take a left or right turn. Fabio, a guy I had met on Twitter had previously sent me  an image from there, so we had some idea of where to look for it, but take the wrong one and we could be traipsing this long street that runs through the centre of Milan for ages. We could not believe our luck when we turned right and within a matter of seconds we saw it. There it was. My photograph – huge on a billboard! We both looked at each other in amazement. I reached for the camera and began to click. 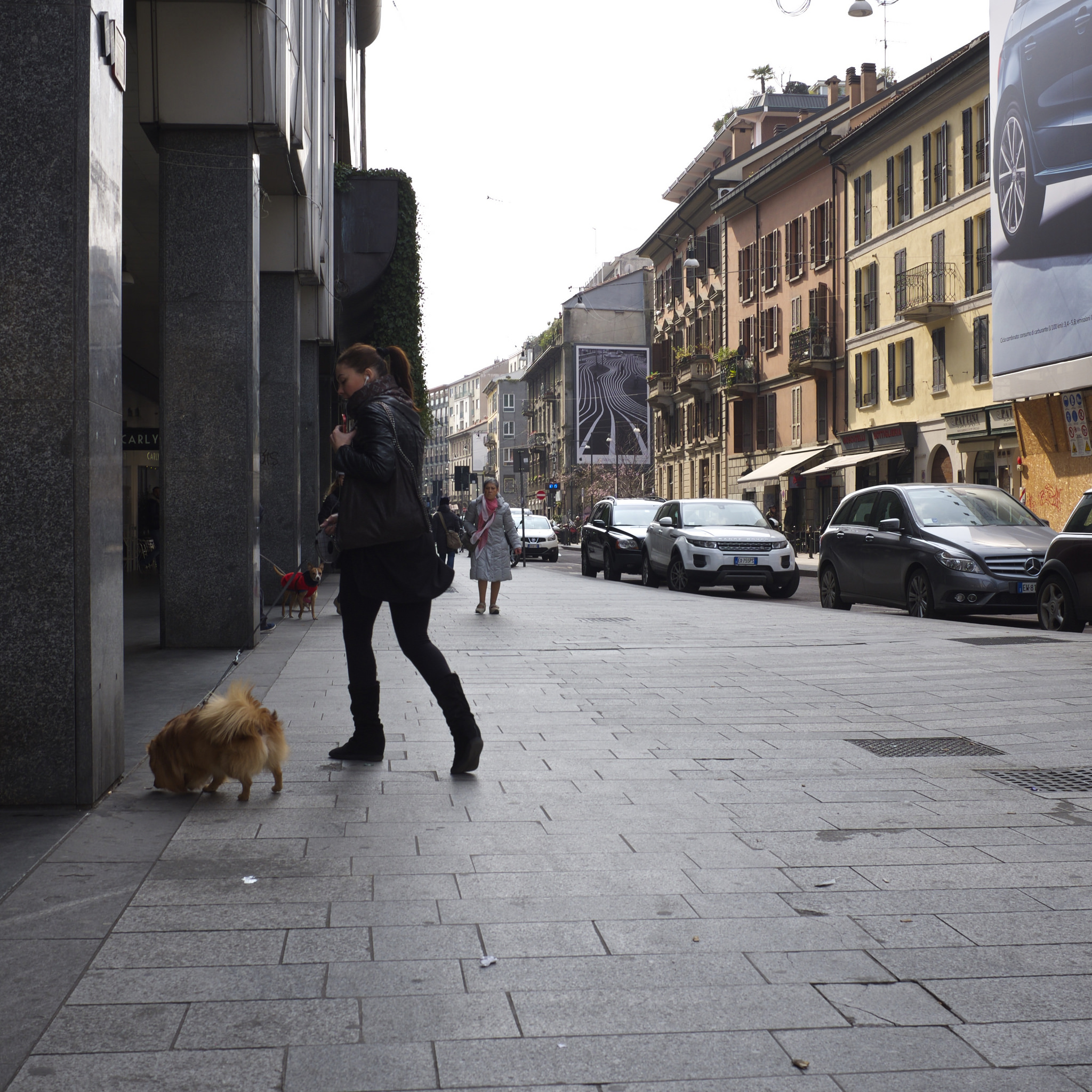 The billboard was located in  a little area with a newsagent’s kiosk and some benches for people to sit – and admire my photo :-).  We got down there and surveyed the area, walking all around, trying to see it from different angles. It was very cool to observe people passing by looking up at the image as it got their attention. I had in mind before coming to get a shot of myself standing in front of the billboard with my iPhone in hand showing the original image on the iPhone next to the billboard, to convey the idea of ‘from a screen of four inches to a billboard in a major world city’.

Now, like many ideas this is all very well in concept, but to convert this to reality can prove tricky. My wife is a very patient woman. For the longest time, she tried. What I wanted was to have the iPhone to the right of the billboard, showing the original image and the scale. But to get them both in focus was difficult and to avoid a glare from the iPhone was also not so easy.  One I particularly like is the one below. I think she managed a fine job in getting this one of the scene. 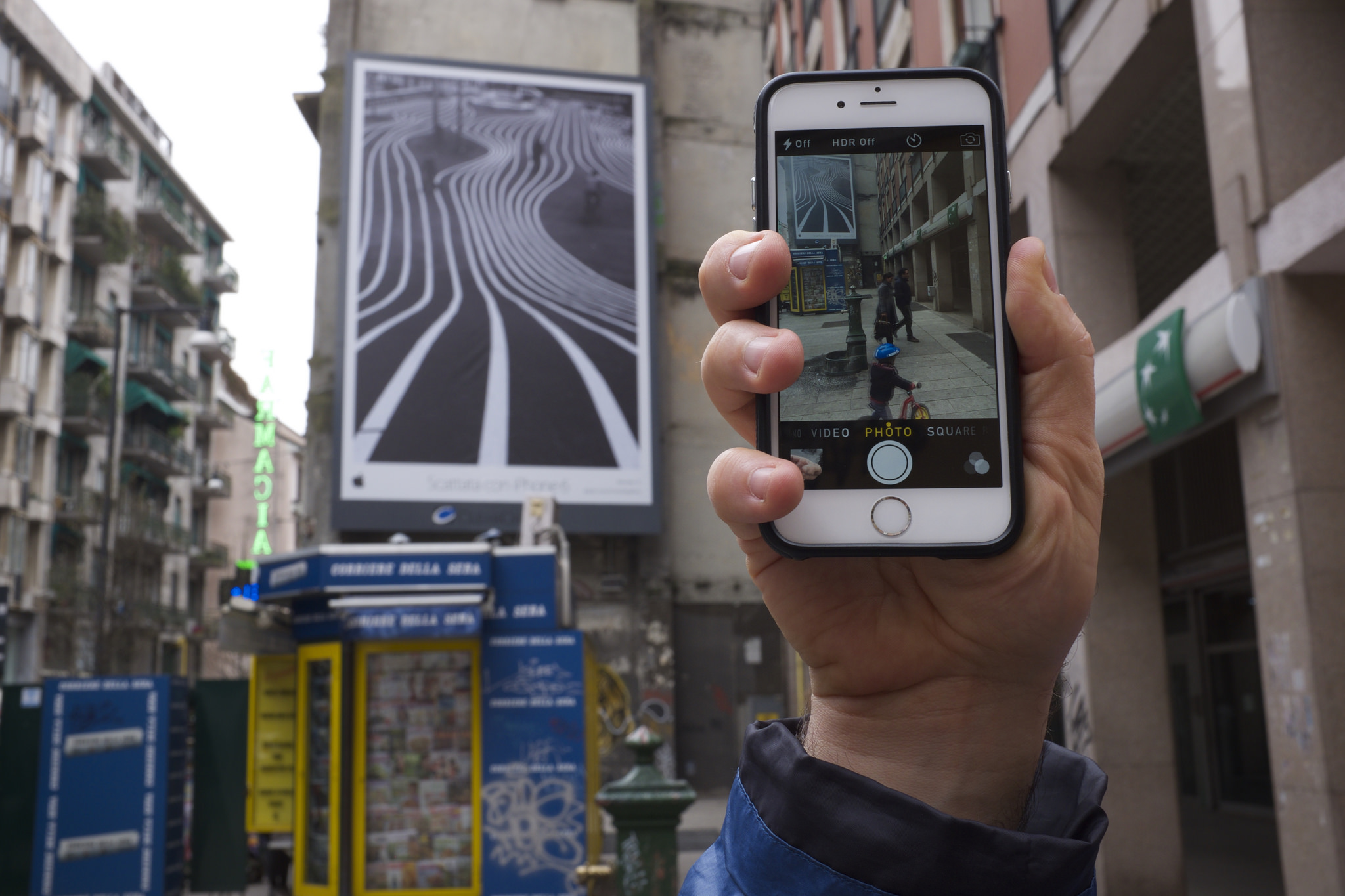 Nowadays, selfies are obligatory and while I may not be the biggest fan of them, I think I am entitled to get one on an occasion like this. 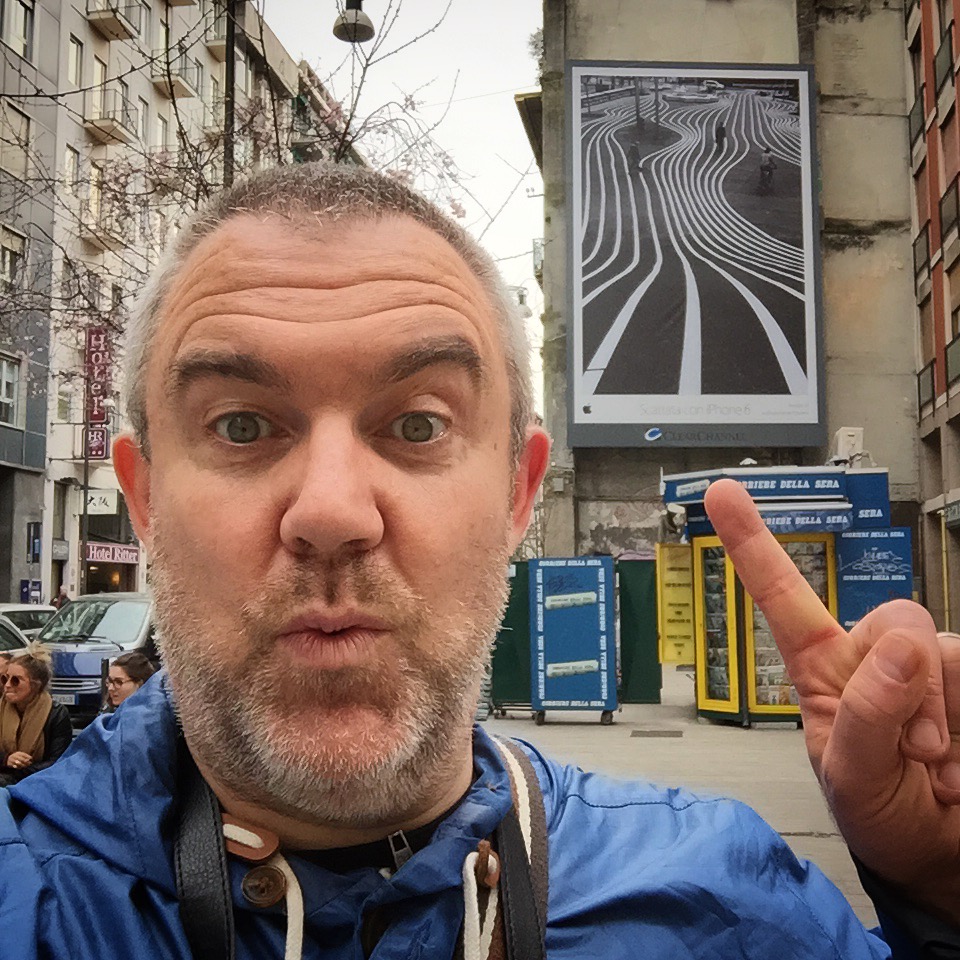 Me and my photo

While we were there a few people stopped to take shots of the photo and normally, I would not be the most boastful of people, but I could not help myself in asking if they liked the photo and to tell them that I was the photographer. ‘No!?’ they replied. ‘Yes!’, I replied, showing them the original. One guy, Marco, even took a photo of me under the image.

After that, we set about seeing as much of Milan as we could in the short time we were there. Travelling with a photographer must be like having a dog on a long lead. You think they are next to you and then turn around and see they are miles back, perhaps not sniffing a lampost like a dog, but there they are, camera in hand trying to get that shot. How she puts up with me I do not know. I know I would not be as patient. We got to see sights, Duoma, Galleria Vitoria Emanuele, La Scala theatre, Sforsa Castle and we spent the evening in Navigli, which is a really cool area, before heading back to see the main attraction in Milan; this time to see it lit up at night.

We only realised it would be illuminated when my wife saw another ‘shot on iPhone’ photo near our apartment all lit up. With great excitement we got back to Corso Garibaldi and seeing it in the dark of night brightly lit up was something I will always remember. We found a cafe with window seats that allowed us to look out directly at the billboard. It was very cool when the waitress seeing me with three cameras set up facing the billboard asked if I liked it. She was so surprised when I told her it was mine. She called the other waiter to tell him also. I got many shots and little videos while there. This was the easily the highlight of the trip, sitting with my best friend and love of my life and sharing this magical experience. 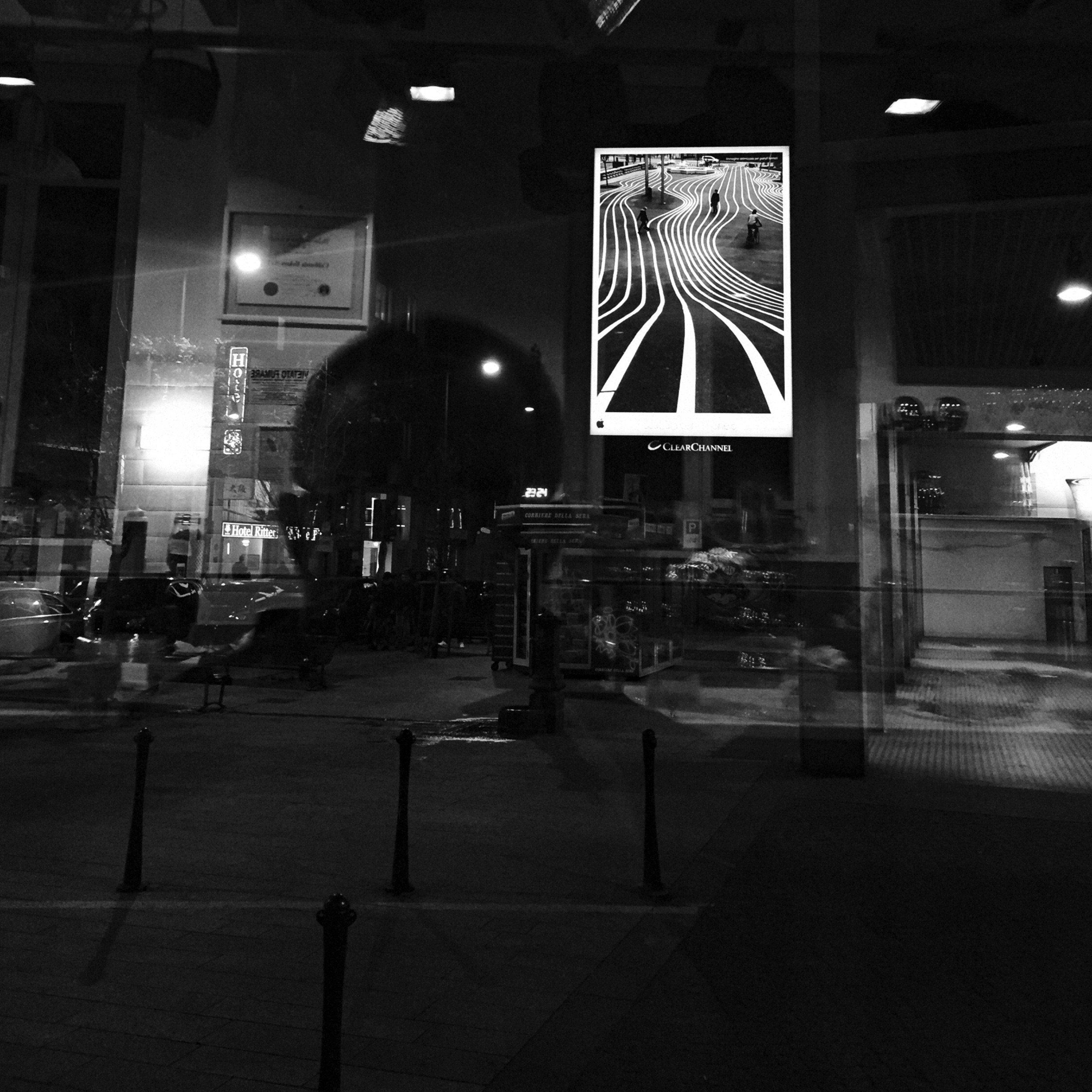 All lit up in Milan

The next day, we returned to say goodbye to the billboard. We continued with our tour of Milan, having a wonderful lunch by the canal in Navigli and later strolling along the banks of the canal. We arrived back in Dublin at about 11 at night. Drove to my sister’s house, collected our kids and drove home to Cork. Got snapped by a police car patrolling for speeding on the way (the wrong kind of photo), but got home safely. Milan will always have a special place in my heart.

The image being on display around the world is so cool, but the things I will remember will be the delight of family and friends in sharing this with me. There have been so many little incidents along the way of this story which I will never forget. So many examples. Here’s one. I get a comment on a blog post from Christelle who tells me she has seen the photograph on the back of a French photography magazine, Polka. I make contact with her and she offers to send me the magazine by post. I tell her I will pay for post and packaging, but she declines the offer. Fábio, one of the 77 photographers selected by Apple, sees it on a Swiss national newspaper and tells me he will send it by post to me, also free of charge.

Then there is Marta, from Colombia, who was on the lookout for my image. She sent me an email with lots of photos of my shot on a poster at a bus stop in her hometown. I had asked her to see if she could find it in Bogotá, bus she is from Medellin. In the email, she tells me that she was on a bus passing this bus stop when she saw the image. Paré!! (Stop!) she shouted at the driver! Got off and took this photo to send to me. 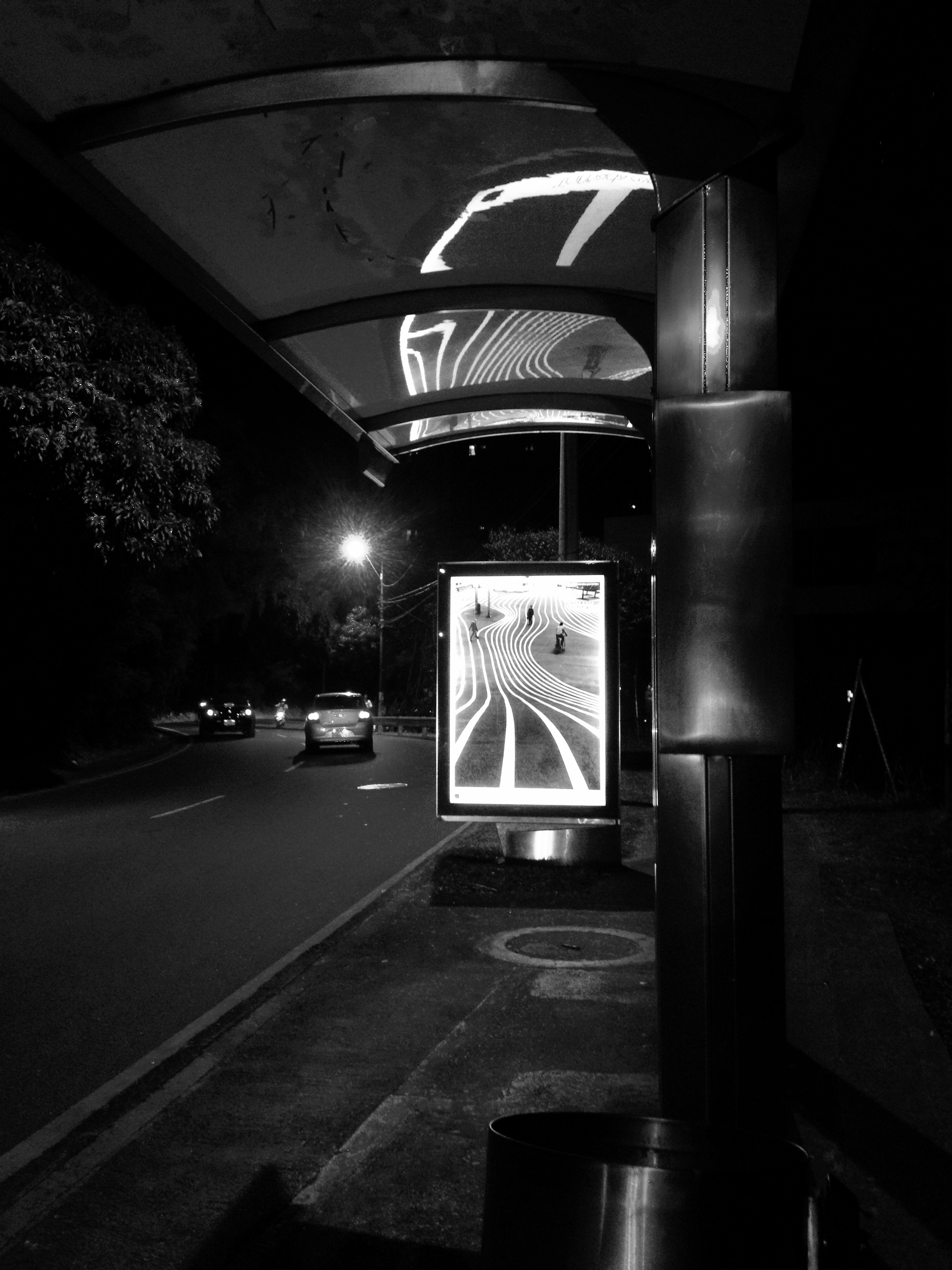 From Chicago, my friend Michael sent me this shot taken opposite the image in one of the main train stations in the city. I like the human element in this. Please click here to see more of Michael’s work. 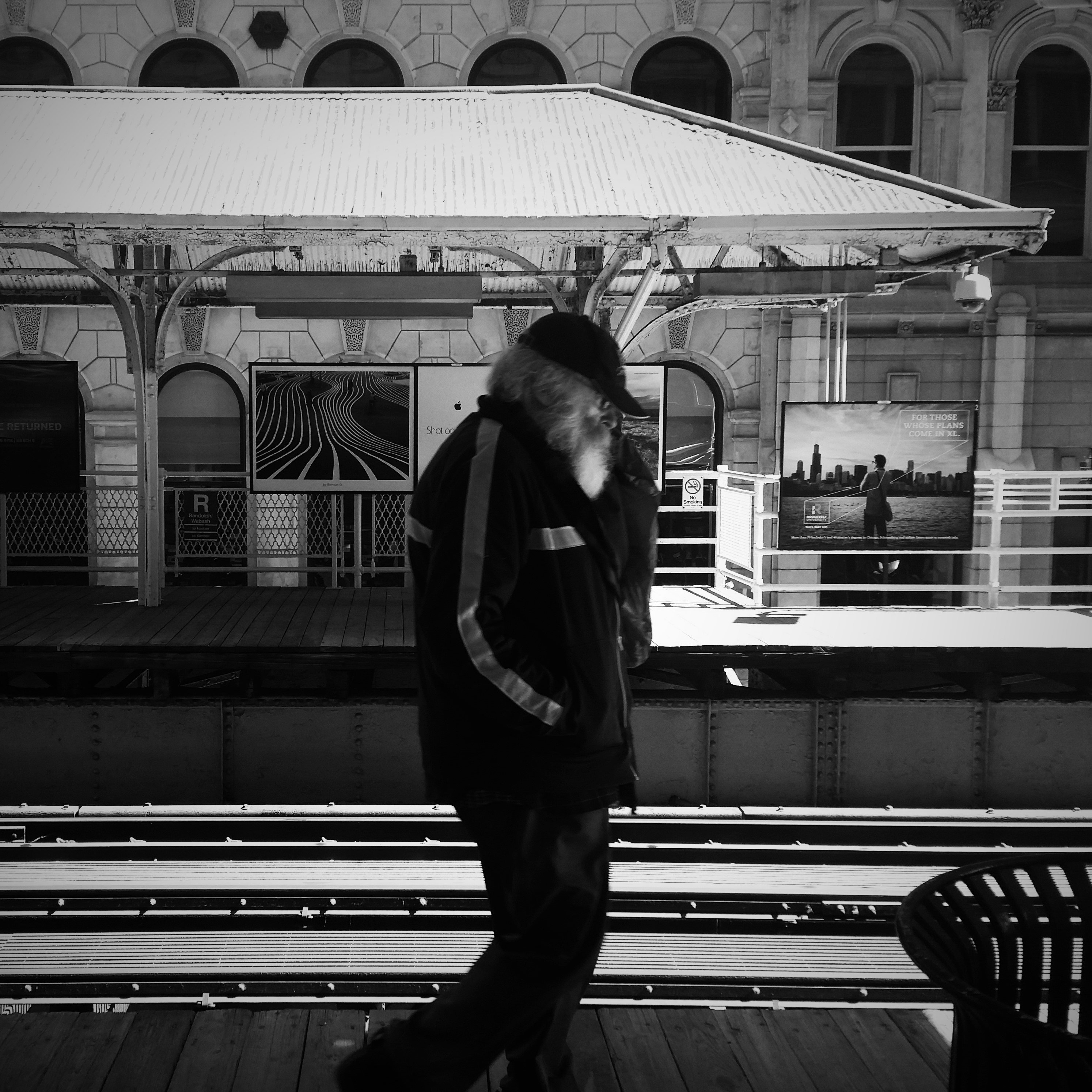 Then there have been ones from total strangers who have been kind enough to make contact with me and send me images. This one from Sydney, taken by Norman Ma, is a particularly cool one. 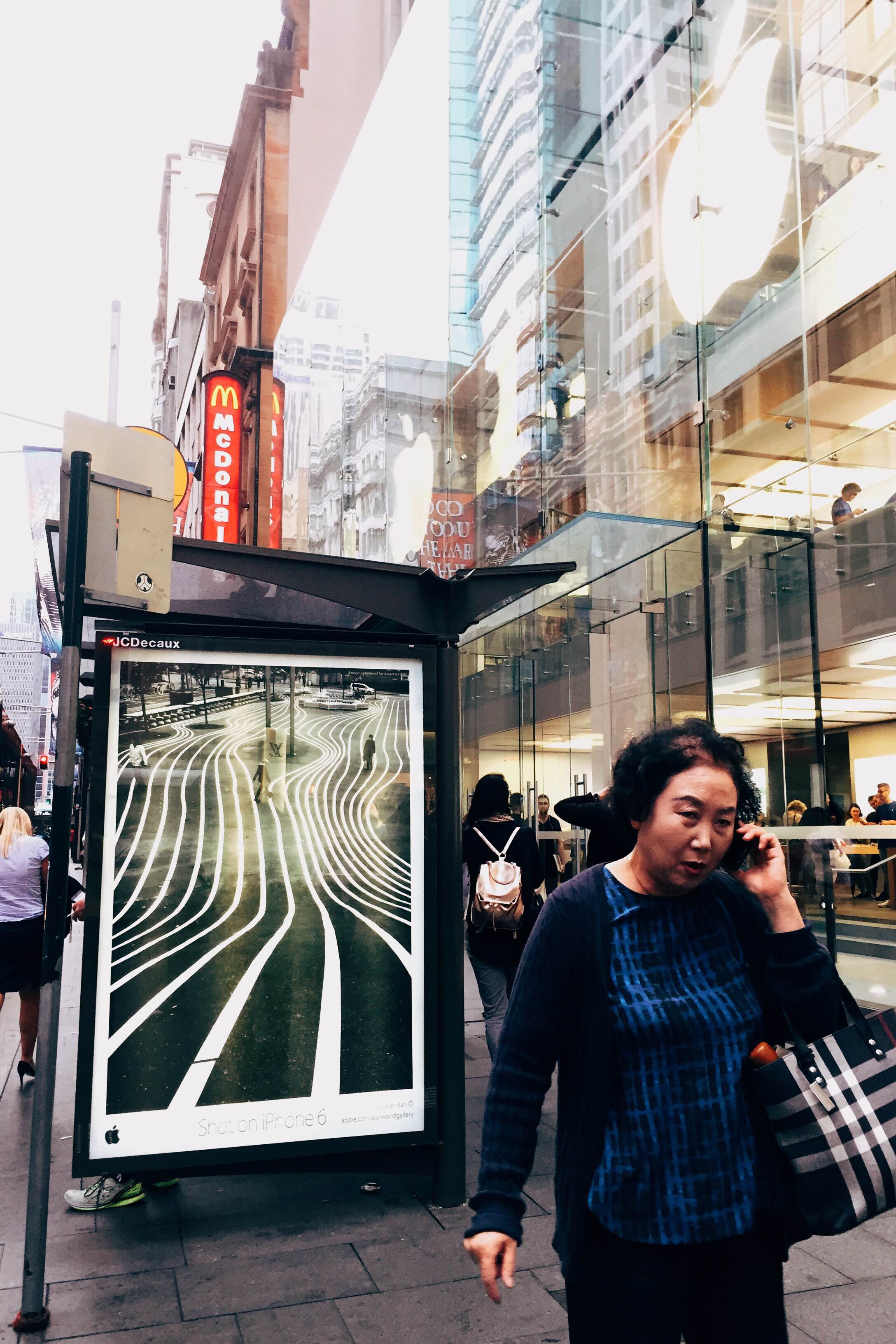 And this one from Santiago, Chile is my favourite. Chile, for so long, has been one of my dream destinations. I would so love to visit and to get there now to see this would be a dream come true. Anyone want to send me there!? A huge thanks to Roberto for sending me this. How big is it!? 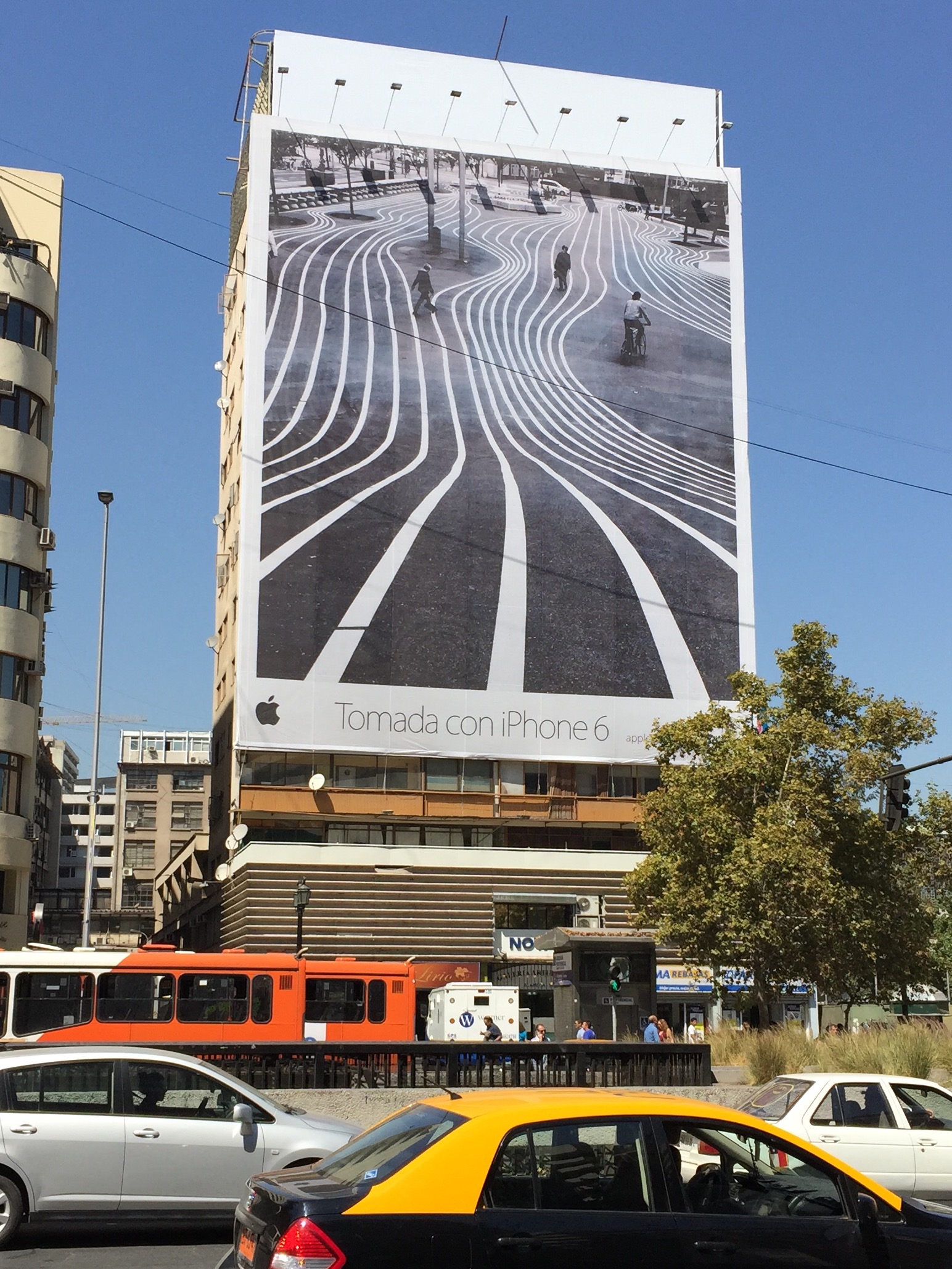 One other really exciting thing was to see that the world famous Saatchi Gallery posted my photograph on their Instagram page to represent Apple’s Shot on iPhone campaign. I was really pleased with this. To catch the eye of this gallery is something cool. Maybe someday it will be hanging in one of their galleries. 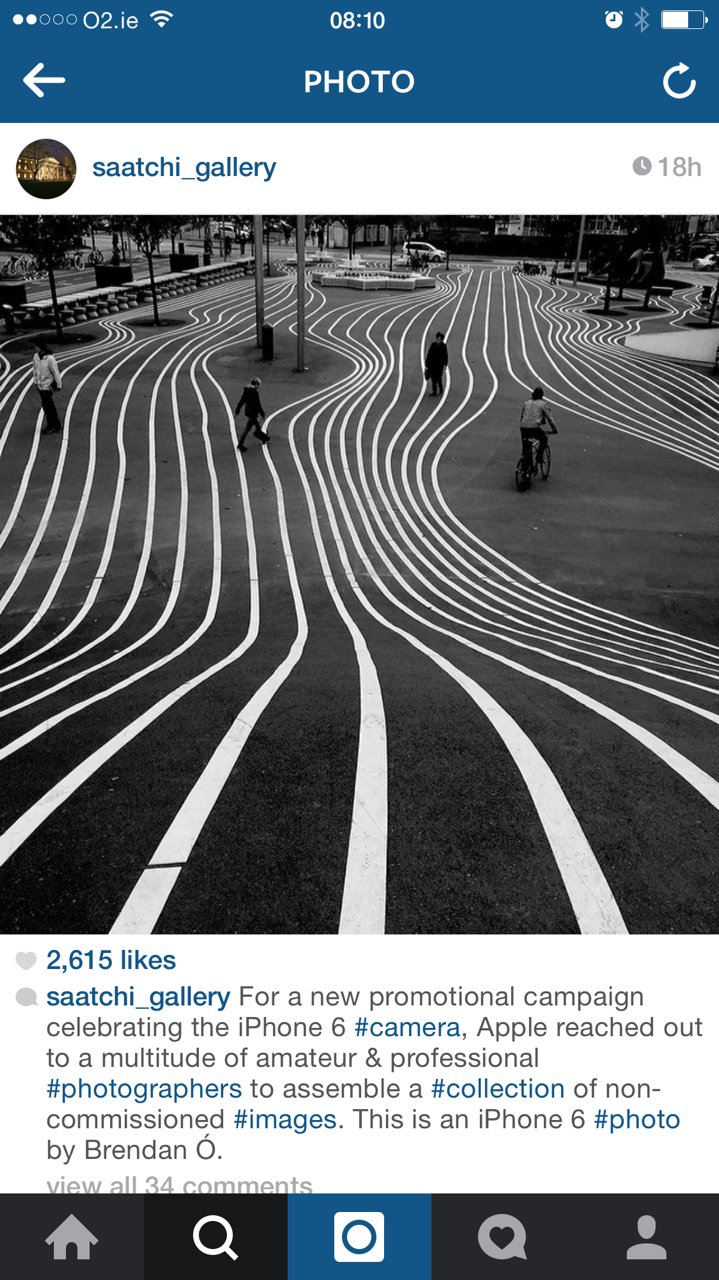 On Thursday, a newspaper article in the Irish Independent appeared with the photograph of my two ex-students sitting in front of the photo in Shibuya. They will be delighted when I send them a print copy of the newspaper, and a little surprise also when I get to see them next month.

Again, I would like to thank everyone for their kindness and support. It has made this so special.

You can read Part 1 here and Part 2 here.