Berlin! I had the pleasure of spending a few days last week in Berlin where I attended the Online Educa Conference. Check the link to learn about this conference. It was really interesting. The conference was a full two-day event, but I did manage to squeeze in some photography.

Am rushing this morning and will write more about Berlin as a city and its people in later blog posts. For now, we will start with a shot taken in the Kreuzberg district of Berlin. This was just outside the subway station. I really would have loved if someone had obliged and posed for me in the photo booth, but… 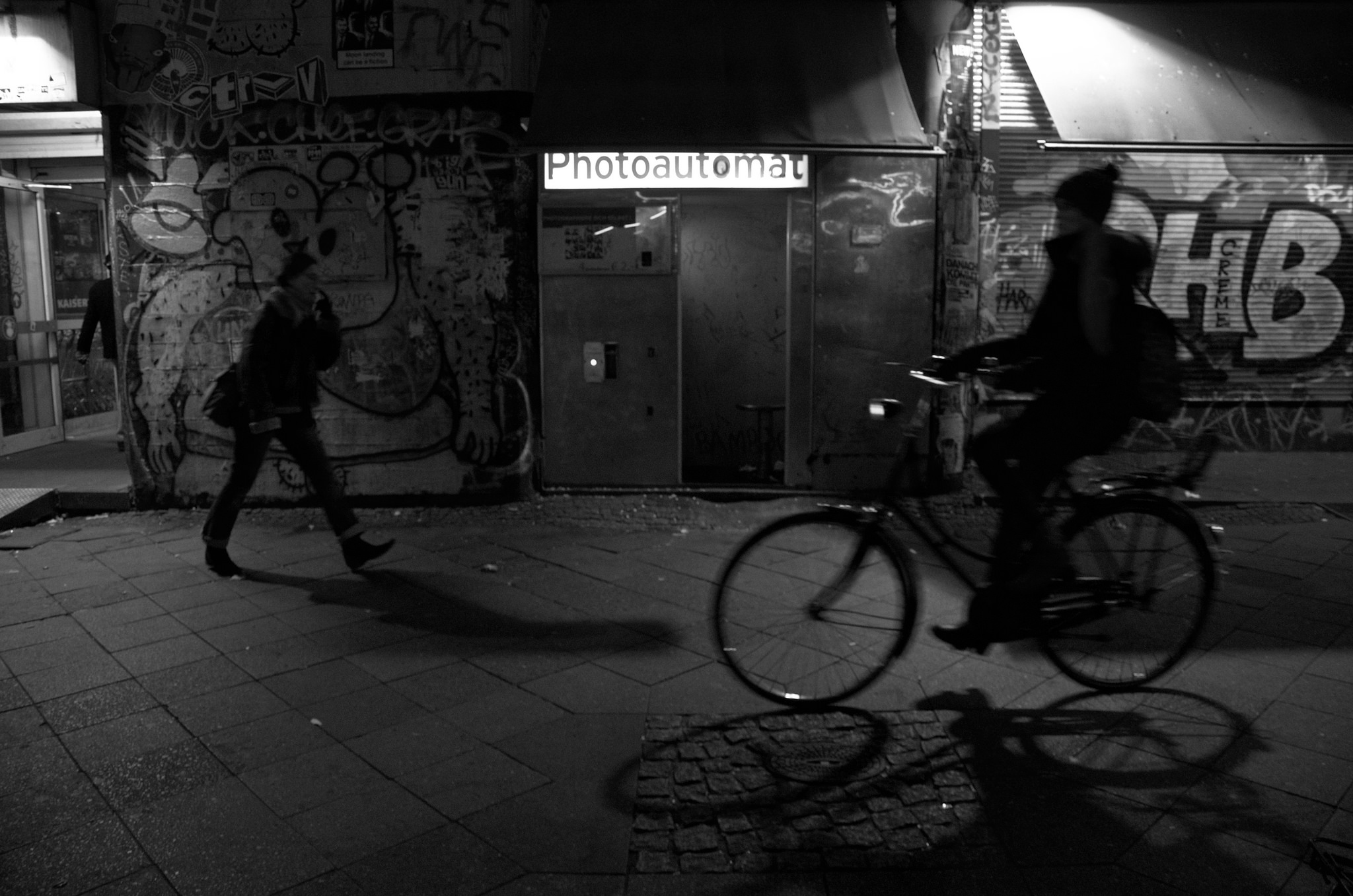 On this trip, I used this wonderful app – 1-hour photo – when shooting with the iPhone. It is so cool. How it works is that you take a photo with the app and like the old days you do not get to see the image immediately. Like it says on the tin, you have to wait an hour before the image is processed. It also only shoots in black and white and the tones it produces I really like. I would thoroughly recommend checking it out.

The image here today was taken on the subway returning from Kreuzberg. Standing by the door, I noticed the woman opposite was lost in thought. Quickly, I tried to get the shot and luckily I managed. An instant later she became very self-conscious and aware of being watched. I nodded and smiled. She did not return the smile. 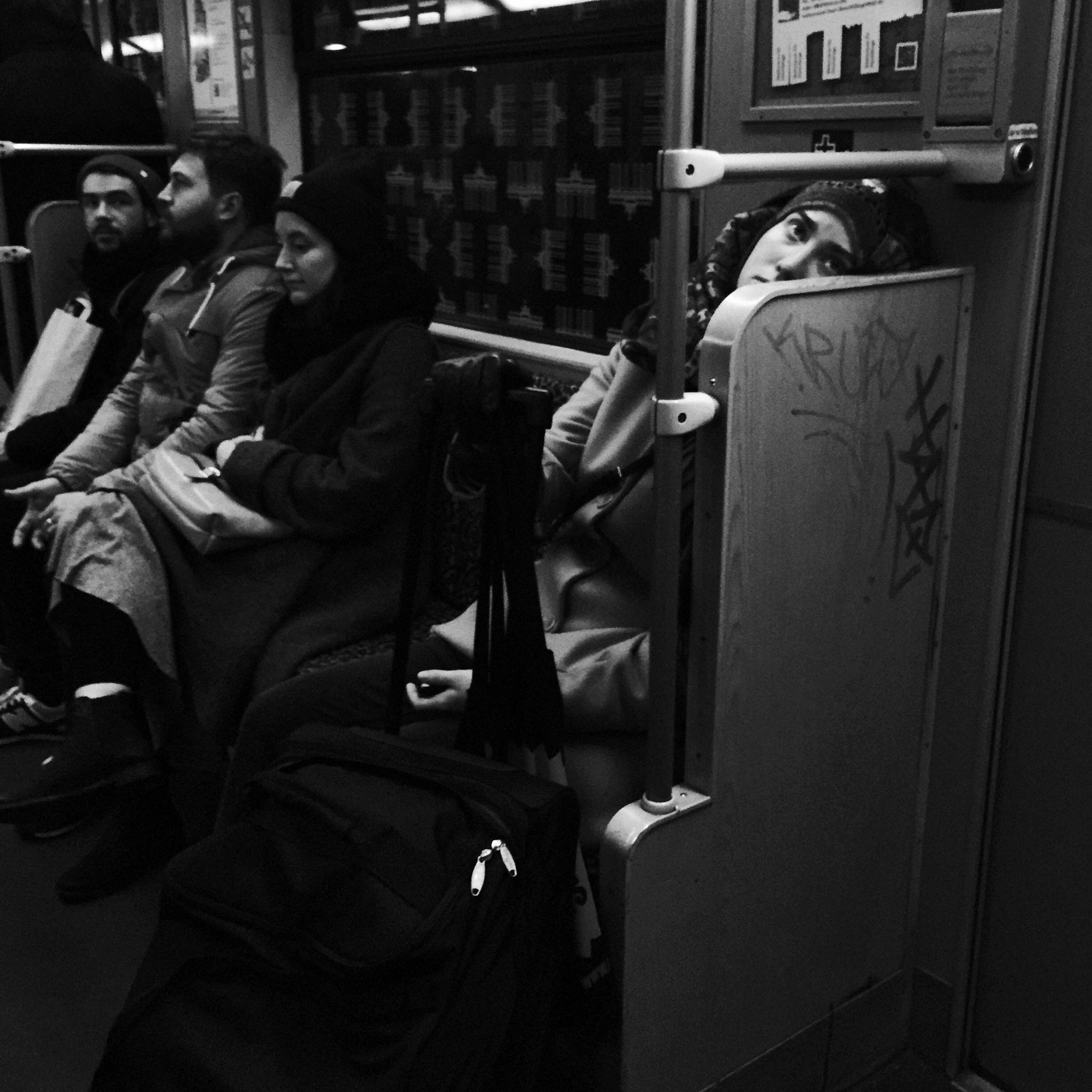