I have admired 121clicks website for so long – easily one of the best websites for photography there is. And it’s always a thrill when an image of mine is selected for their top-class Flickr group, so when I was asked to do an interview for them I was particularly delighted.

Things on my mind today:

How love changes like a song heard in the wind; sometimes faint, sometimes strong, but always heard; 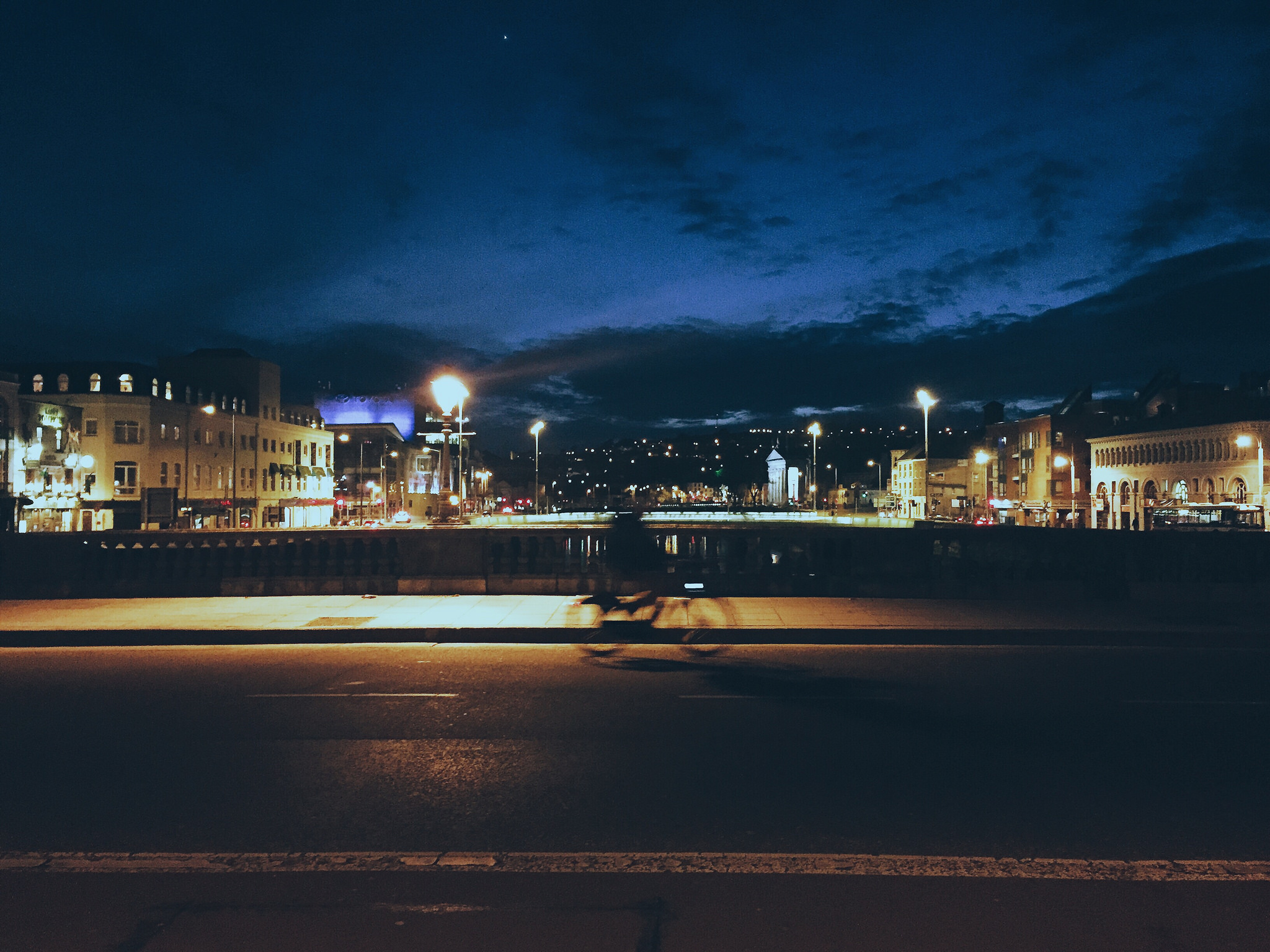 Committed to the future 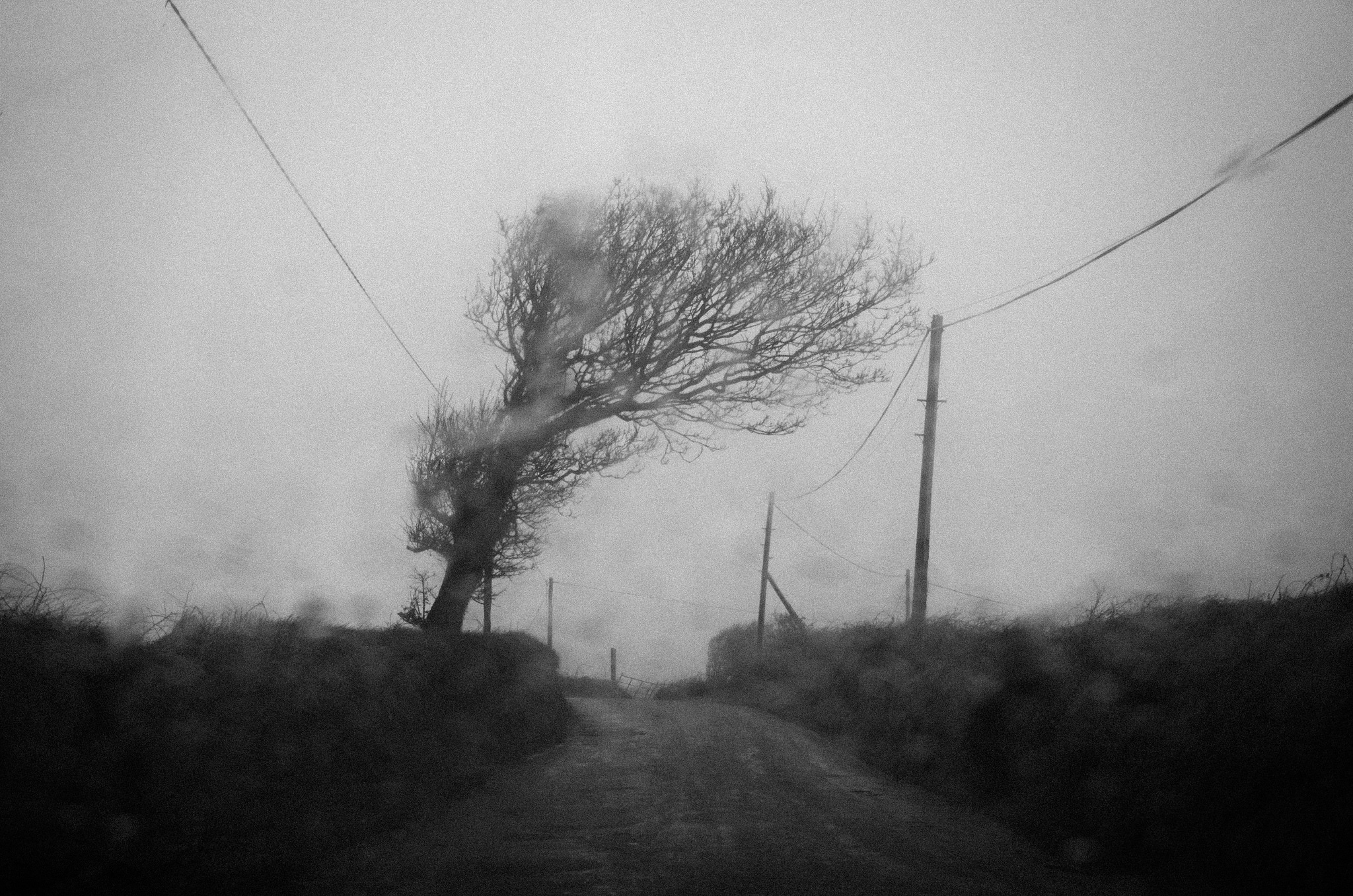 Trees need to cheer the fuck up

Cork in the rain

From the rainy People’s Republic of Cork

Via Flickr:
Some photographs taken of Cork, Ireland in the rain from August, 2013 to February, 2014.
It rains a lot in Cork.

Three more images to make up my selection of favourites over the past twelve months. On to October, a month that sees a lot of photographs taken on rainy evenings in Cork city centre. For me, there is no real stand-out image in this month. None that jump off the page for me, which makes choosing a favourite a little difficult. In fact, looking over the images of the past few months, I do not see a lot of colour or sunshine or brightness. There just seems to be a lot of gloomy, moody, dark photographs. Bring on the sun.

Anyway, the image I like most is this one. I took it on a quiet Sunday morning in the city centre when there were not a lot of people to be seen on the streets. A combination of rain and a need to rest, I imagine. On North Main Street, the shutters of a bicycle shop were down; bright, yellow shutters, which gave a great backdrop to a photo. All I had to do now was wait for a passerby. And I waited in the rain until this guy dressed in red and black and with an umbrella passed. Click! Shot got. I moved on. Maybe you prefer a different photograph; which one?

So, this is October. Only two months more to go. 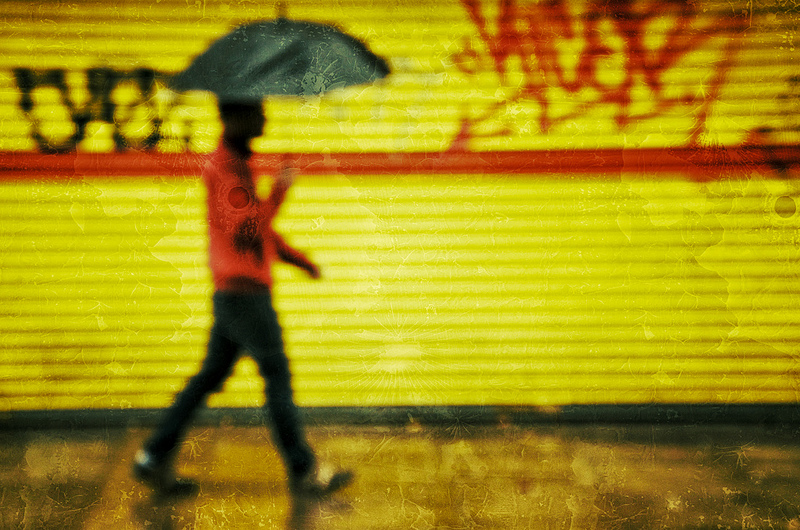 Where I come from waiting for the green man to appear before you decide to cross the road just does not happen. It is not uncommon to see mothers push their prams on to the street without any thought of whether cars are coming or not. They just know the cars will stop. The idea that jaywalking is something that is against the law is laughable to us.
In contrast, I remember the first time I went to Germany and stepped out of the hotel to see a group of people at the lights on a car-less street all waiting. Waiting for what, though? I bounded past them, crossing the deserted street, looking back to see if they followed. They didn’t. But their looks all said that I had just done something wrong. Something bad. Something illegal. I had not waited for the green man to signal that it was now safe and now within the law to cross the road. That there were no vehicles of any sort in sight did not matter. You wait. You obey.
But I am from Cork, we cross when we and where we want to.
And this brings me to the photo I am posting today. A photo taken on a wet night in late August on Cork’s Western Road. The building is Cork’s courthouse, an impressive edifice. I have taken a few shots of this before and knew what I was looking for. I wanted to get a blurred shot of people passing. And that it was raining and that there would be umbrellas in the shot all the better. But! It would not be that easy. Western Road is a busy road. It leads directly out of the city centre. Stationed on the opposite side of the road, the passing traffic could obscure the view.

I waited. I wanted to shot and I was willing to pass the time until I could get it. And time did pass. And the rain continued to fall. Times like this I get very self-conscious, especially in my hometown. Passersbys’ attention is drawn to a guy standing in the rain with a camera in his hand. They look around and examine the scene to see what could it be that he wants to photograph; to photograph in the pouring rain. But still I hung in there to get that shot.

Then it appeared. Further up the road on the opposite side was a group of people, walking in couples and groups of threes approaching. And all seemed to have umbrellas. Perfect! This was it. I could get the shot and get home. I was, at this stage, soaking wet. I was sniffling and cold and impatient. On they came. I checked the settings on the camera. Checked the focus (or lack of it!). I glanced up and down the road and saw there was no traffic coming. Excellent. This shot was going to be exactly as I wanted it.

And then I saw the couple at the head of the group stop. Those behind too and soon a large swell of a group formed, all standing, all waiting at the pedestrian crossing of the intersection just before the courthouse.

Again, I shot a glance up and down the street. Not a car in sight. Over at the crossing they were at, not a car in sight. Yet, there they were waiting. Cross the road, for fuck’s sake cross the road, I found myself saying. But they waited and they waited and of course, cars came by on all sides. The view I had, unobscured on to the courthouse was now gone. Those damn Germans. Couldn’t they just cross the road. It was ten, maybe fifteen steps from either side. No, they preferred to wait in the rain for the green man to appear.

And then it did. The beep, beep, beep signalling it was safe to cross was audible from my side. The swell of the group stretched out into a long file as they crossed the road and began to come into frame. But by this time cars were passing on my side of the road blocking my shot. I had no choice but to get out on to the road past the cars on my side. There were no cars on the opposite side. I could get the shot. I dodged between the traffic. Not that difficult to do as Cork drivers expect people in the city centre to step out in front of them.

Click, click, click. I got it. One of the Germans saw me in the centre of the road taking their photograph and drew his friends’ attention to me. I gave a quick wave and ran back through the traffic to my side and headed home happy.

I had got the shot. 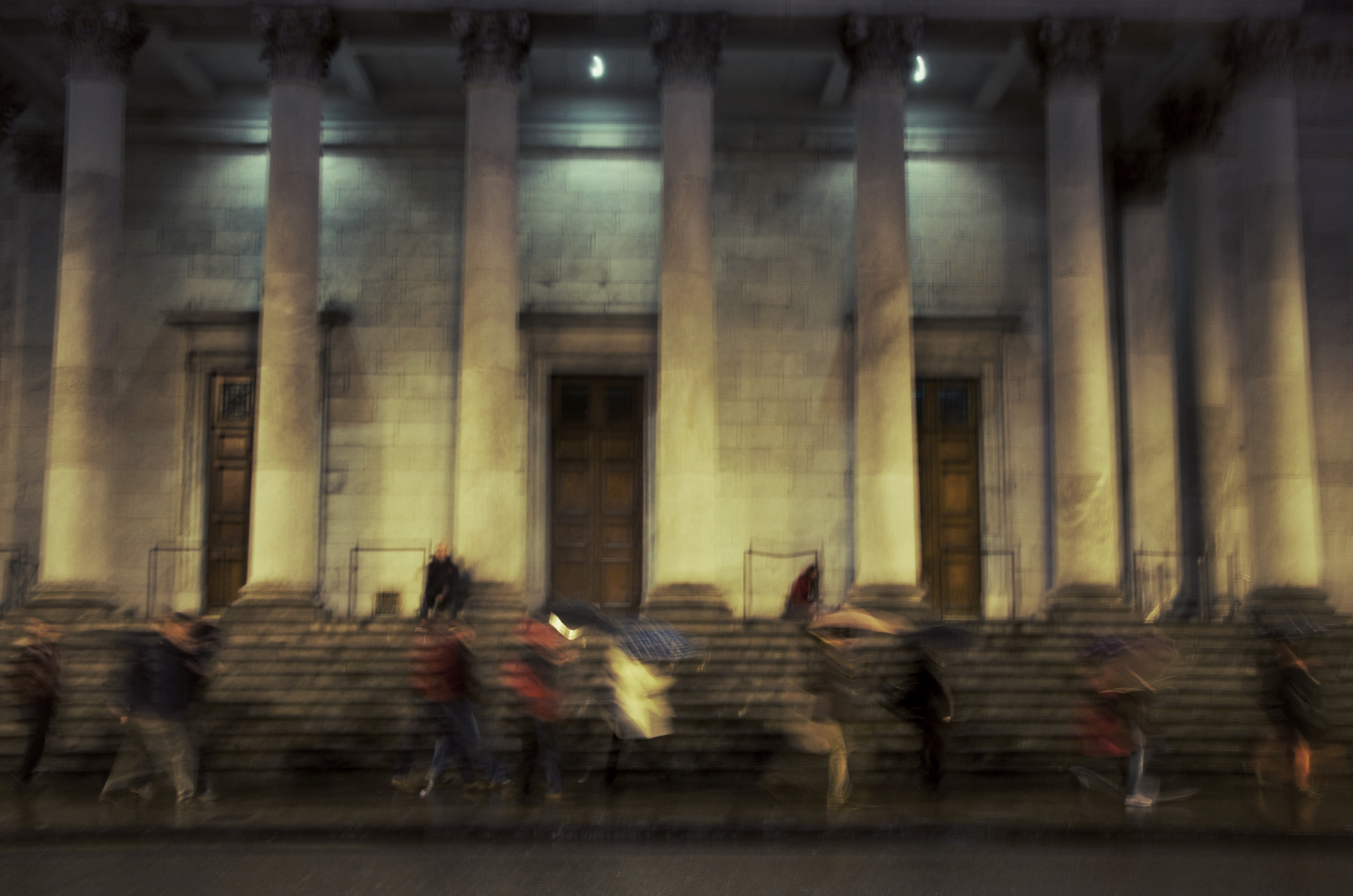