Where to begin with Iceland? Well, I guess a good place to start is the place you start from: the airport.

A good friend of mine told me have my camera (in this case my iPhone) ready as I travelled on the bus from the airport to downtown Reykjavik. He was right. The landscape on this slowly-darkening Iceland winter evening was unlike anything I had seen before. The colours, faint in the low and diminishing light were oranges and browns, whites, yellows and greys; ones I had not seen before. Their texture dimpled and bumpy as little mounds of volcanic earth and rock stretched out along the road. In the distance were snow-capped mountains. 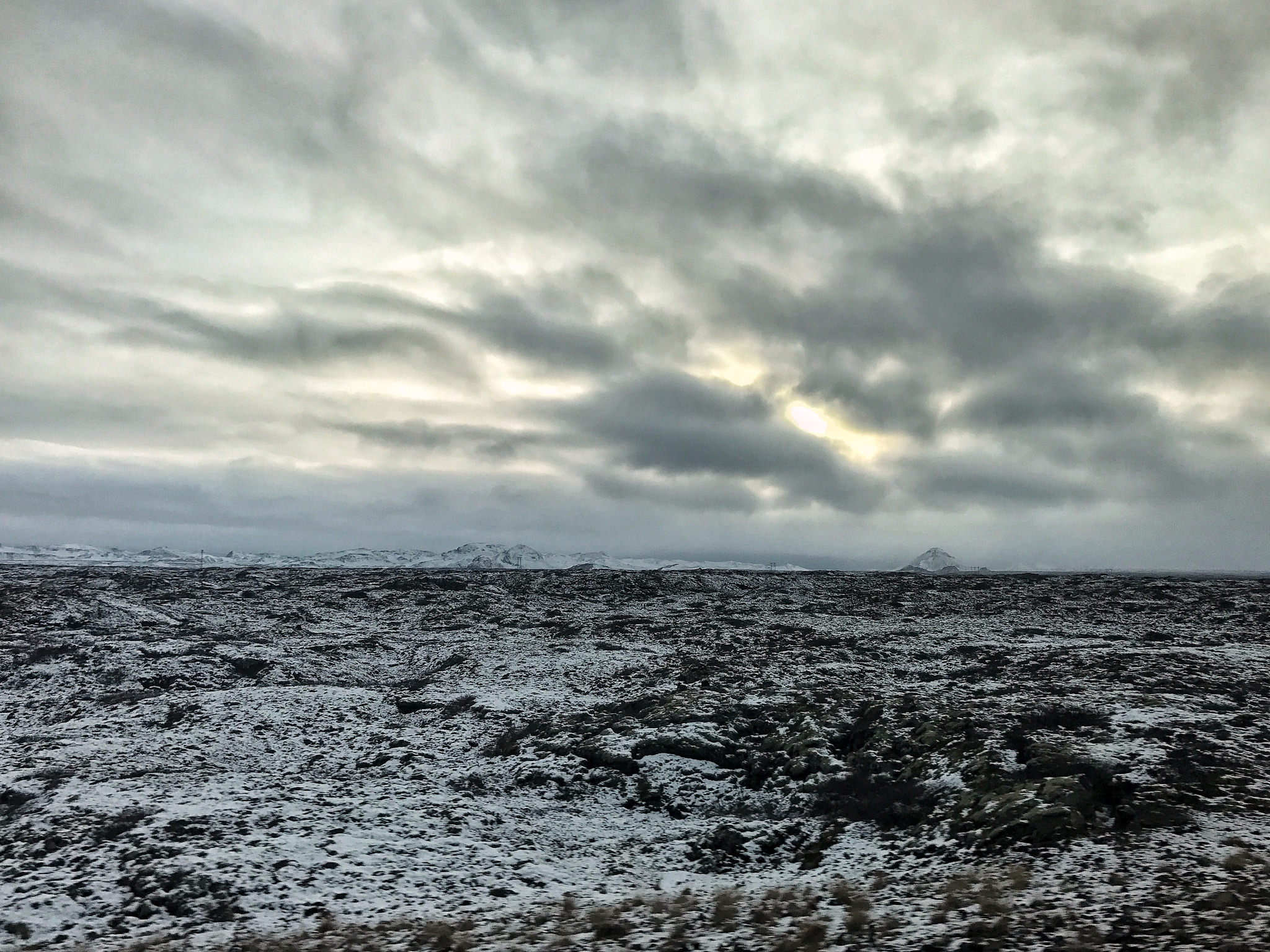 The onboard announcement switched from Icelandic to English. The voice was calm and pleasant and stated it hoped I would enjoy my time in Iceland, and to return. Most certainly, I thought. It took about 50 minutes from the airport to arrive in the centre of Reykjavik on the Flybus. As you edge further into the city a skyline of mountains appears in the distance and as you approach the sea appears at their foot.

When I got off at my stop, retrieved my suitcase, zipped up and turned east (as I had been directed by my AirBnb host who for some reason preferred cardinal directions more than my requested, and more easily understood, left or right turn ones), the sharp wind shot at me causing me to speed up and find my apartment. Once installed, I ventured out to see that seafront and those mountains. 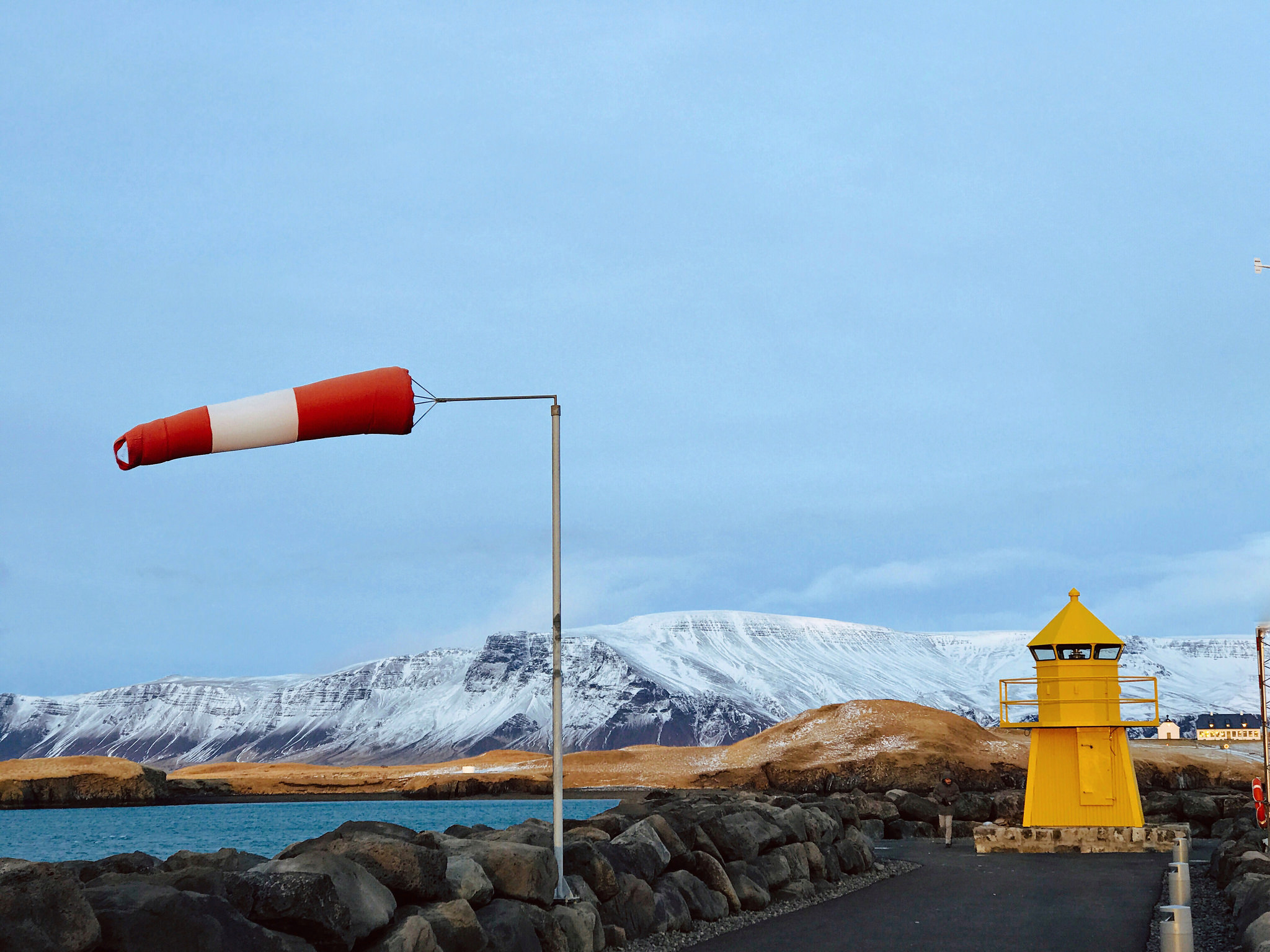 View of Mount Esja (Shot on iPhone 7 plus)

Reykjavik is small. Iceland is small. As capital cities go, it is probably the smallest I have been to. It is quaint and yet modern. It has grim, grey streets of uniform council-type housing and other streets of striking modern designs. The main street, Laugavegur, has no big-brand shops. The first time I walked along it I did not realise it was the main street. From there I strolled up to iconic Hallgrímskirkja church, and from there a walk back down to the parliament area and then across to the stunning new opera house: Harpa. Walking back along the seafront as the sun began to set on my second day in Reykjavik, I felt I had seen the town. It is that small. As the week would go on I would return two more times to Harpa. I am a big fan of modern architecture and this building is just simply delicious when the light streams in and throws shapes and shadows which strut and cut the sharp angles and fluid curves of the vast interior. I loved this place. 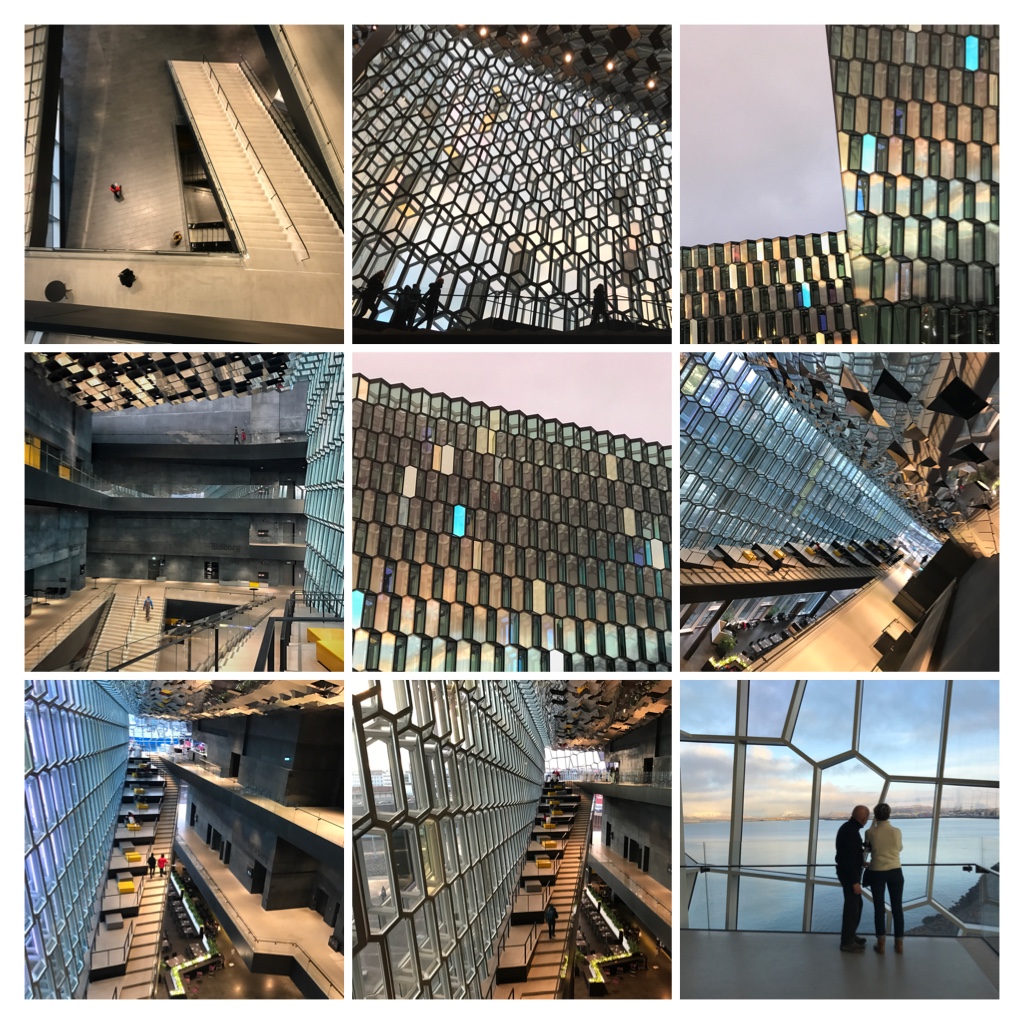 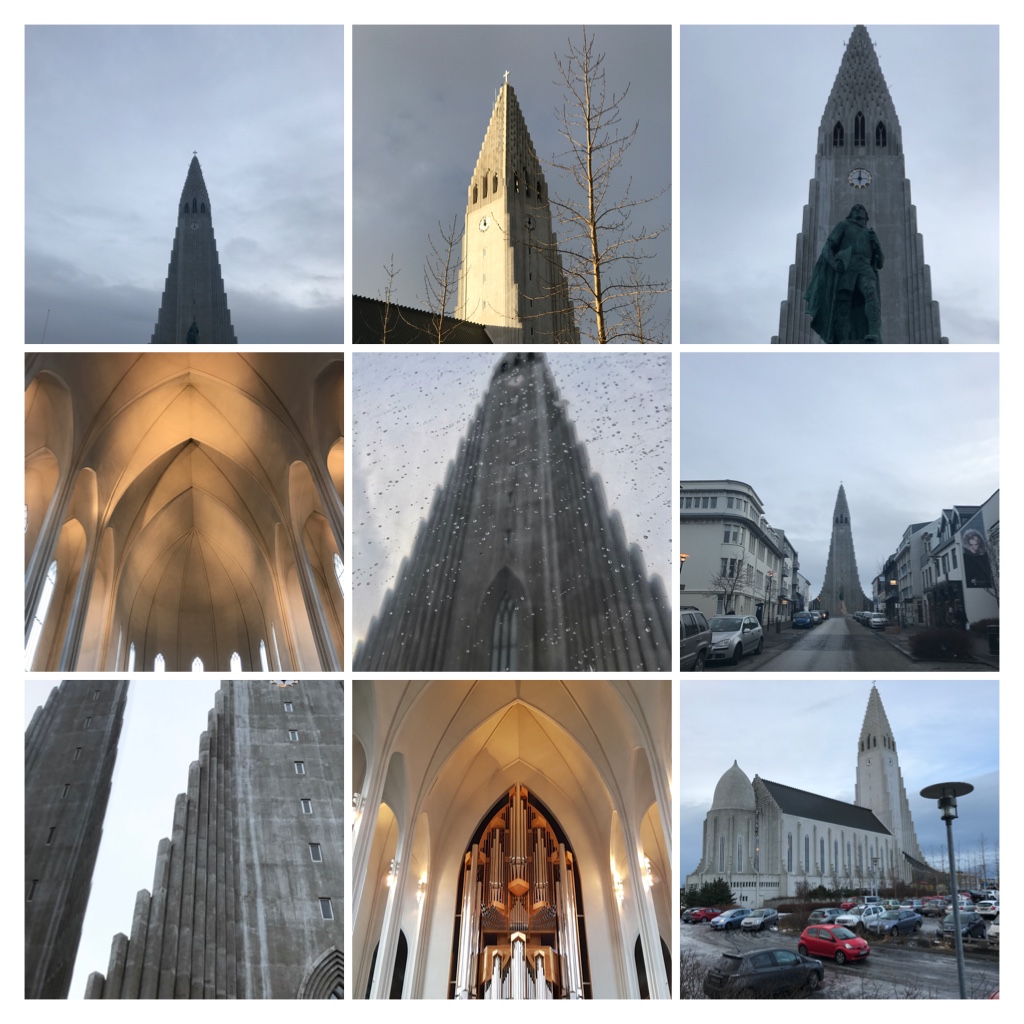 Hallgrímskirkja Church (Shot on iPhone 7 plus)

The week would go on and I would be busy with teaching at the University of Iceland. In time off before or after classes, I tried to walk as much as I could and Reykjavik is a city which is perfect for that. The weather was not too bad when I was there. Below zero temperatures, cloudy skies, a biting wind, but no snow. The cloudy skies meant that I did not get to see the Northern Lights. This, I must say, was a real disappointment, but as I told my hosts, it means I have a good reason to return to Iceland.

When Friday came I had the afternoon  free and one of my hosts, Toka, kindly offered to bring me on a little tour of the Reykjanes penisula which is a short trip from Reykjavik. We headed west with the low-lying Icelandic sun breaking through the clouds. Sitting in the passenger seat seeing the road opening out in front of us, the sky seemed vast. Snowy mountains flanking us on all sides, I braved the icy wind and holding my iPhone with great care I shot little video clips as we made our way around this beautiful peninsula.

The highlight of this short tour was the stop we made at the Blue Lagoon. Earlier in the week I had tried to arrange a visit to this iconic location, but was disappointed to learn it was fully booked out. Toka delighted me when she told me, that while it was not possible to bathe in the lagoon, you could still wander around. Perfect! The stark contrasting colours of the greyish black volcanic rock and the neon blue of the thermal water is stunning. As the steam rises from the heat of the water it gives it an ethereal feel and adds to the experience. One thing that shocked me was to see people sipping on beer and cocktails while bathing. While disappointed I had not the opportunity to fully experience the Blue Lagoon, there was some compensation in being able to use thermal pools in the Laugardalslaug public baths, which within walking distance of my apartment. They may not have the magical feel to the Blue Lagoon, but it was something else to shiver in the freezing cold as I tipee-toed from the changing room to the outdoor swimming area. It’s bliss once submerged in the hot water. 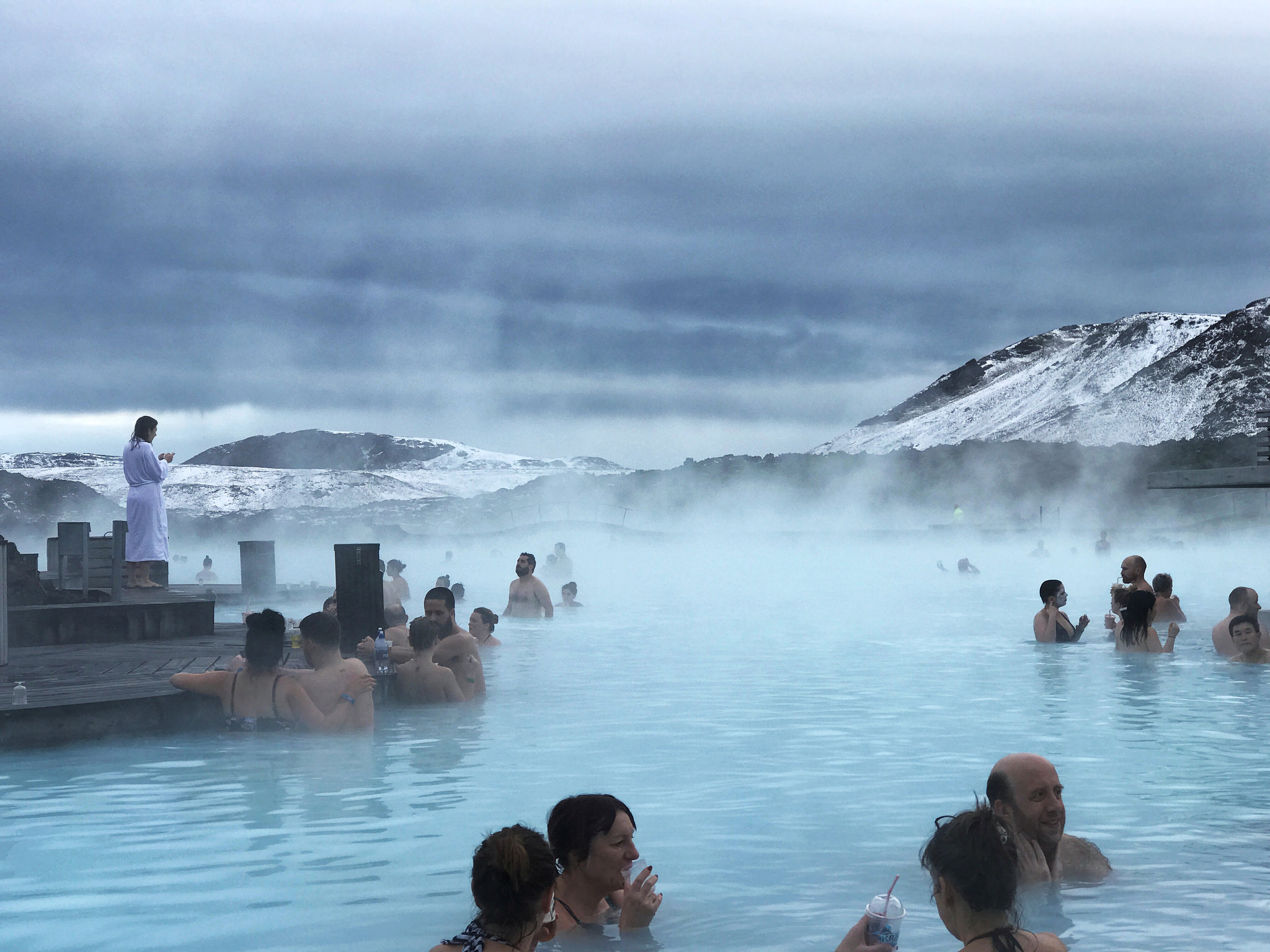 Renting a car in Iceland is best done online and make sure to shop around as prices do vary a lot. I got a Citroen C3 from rentalcars.com and paid an extra €20 to get a GPS and a WiFi router.  It was money well spent and made my tour of the Golden Circle so much easier to navigate. The Golden Circle takes in some spectacular Icelandic sights: Þingvellir National Park, Strokkur Geyser (yes, that is where the word geyser comes from, and the jaw-dropping Gullfoss Waterfall. I left Reyjkavik at about 8 in the morning and got back to the car rental depot a little later than 6 in the evening. Taking in the three stops, stopping for the many photo opportunities, and spending about 45 minutes for lunch, the day flew past, but still I felt I had seen a lot of the spectacular landscape and some of its famous inhabitants – the beautiful and gentle Icelandic horses.

Icelandic Horses (Shot on iPhone 7 plus) 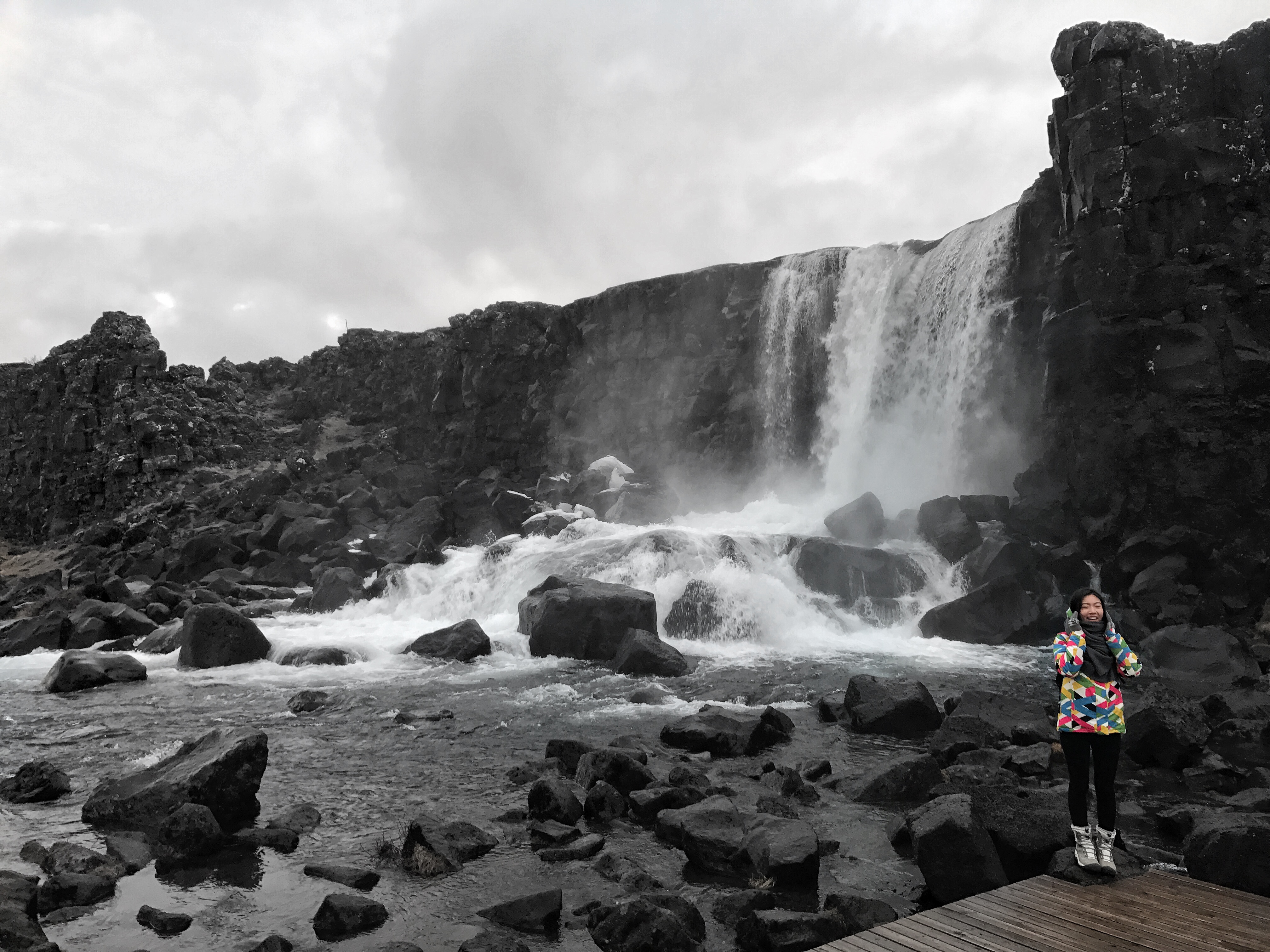 Geyser Erupting (Shot on iPhone 7 plus) 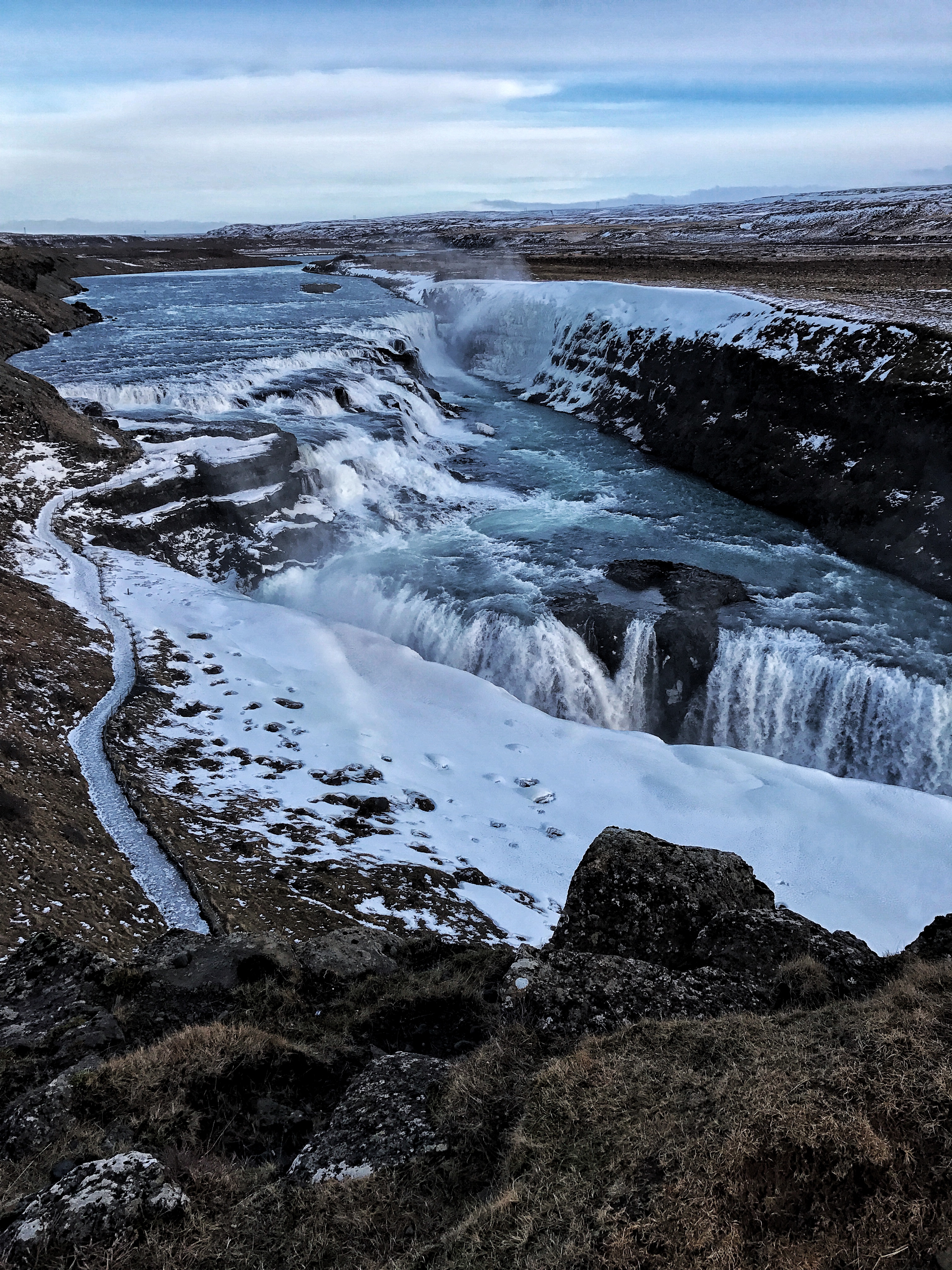 Gullfoss Waterfall (Shot on iPhone 7 Plus)

Iceland is not cheap. I can safely say it is easily the most expensive place I have visited. It really cannot be done cheaply. Eating out is expensive and even supermarket food in the budget supermarket Bonus is costly. I paid about €15 for a cup of coffee and a sandwich in a little cafe in Reyjkavik city centre.  A beer is about €10, and an average main meal in an average restaurant is north of €20. However, the food is great and must be sampled. Check out Cafe Loki for some fine Icelandic food. It is easy to find; just look for the big church and it is directly opposite you.

From May, Wow Air will offer direct flights from Cork to Reykjavik to go along with the existing direct flights it offers from Dublin. Tourism is booming in the country and the infrastructure to cope with the increasing number of visitors is being stretched. New hotels are being built, but more and more locals are offering their apartments on AirBnB, and I reckon this is the best option at the moment.

All in all, Iceland is not to be missed. 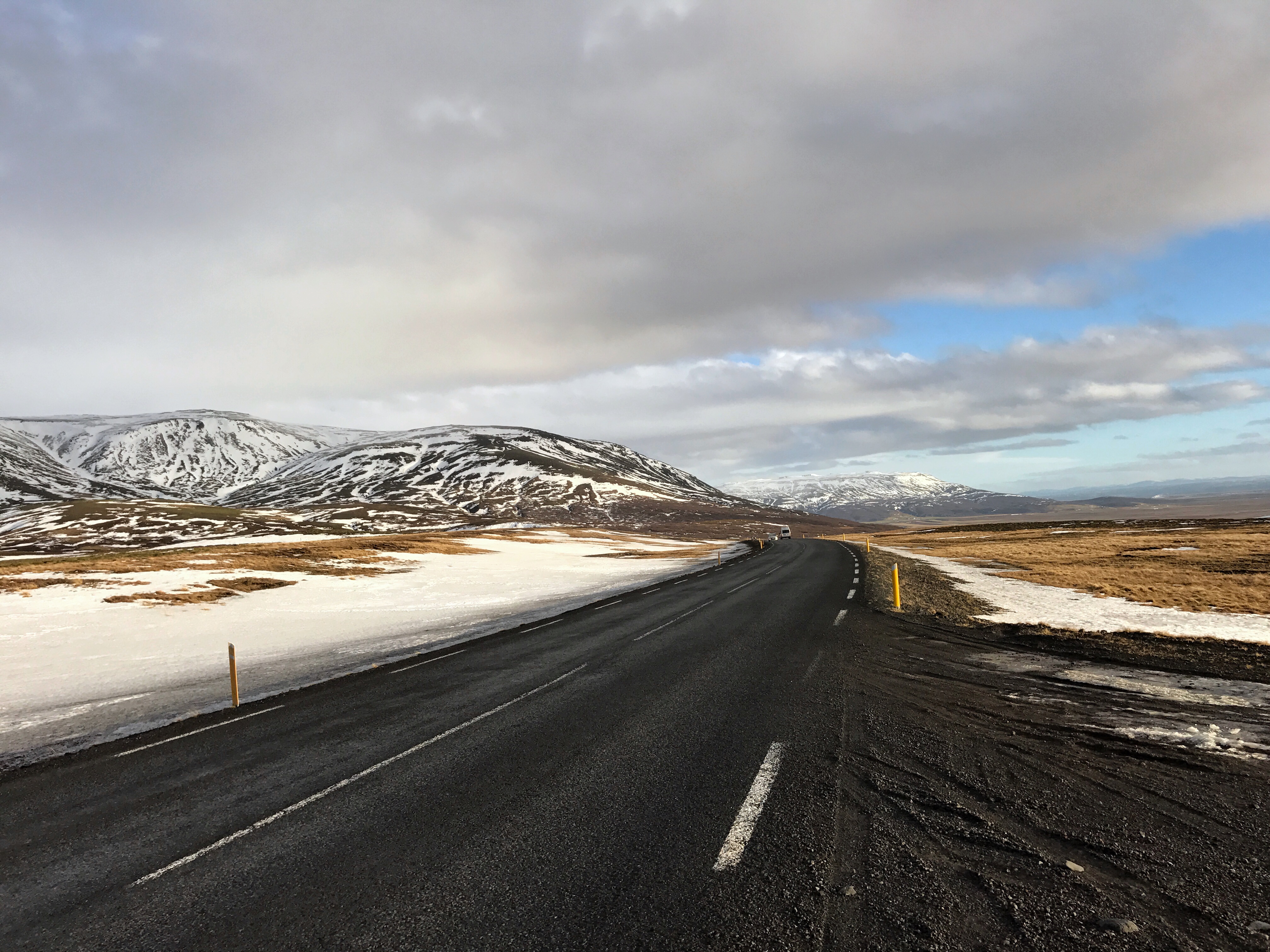 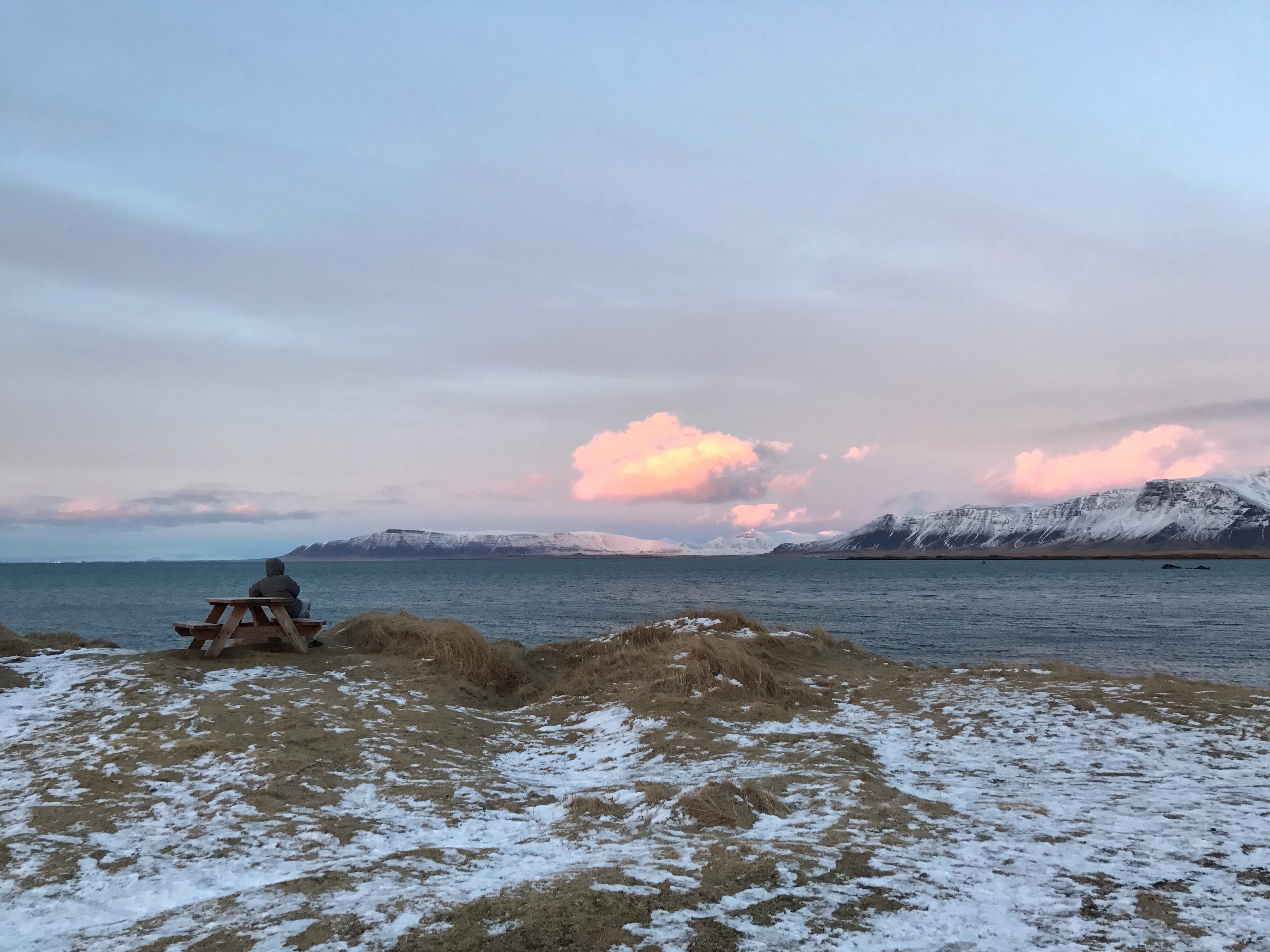 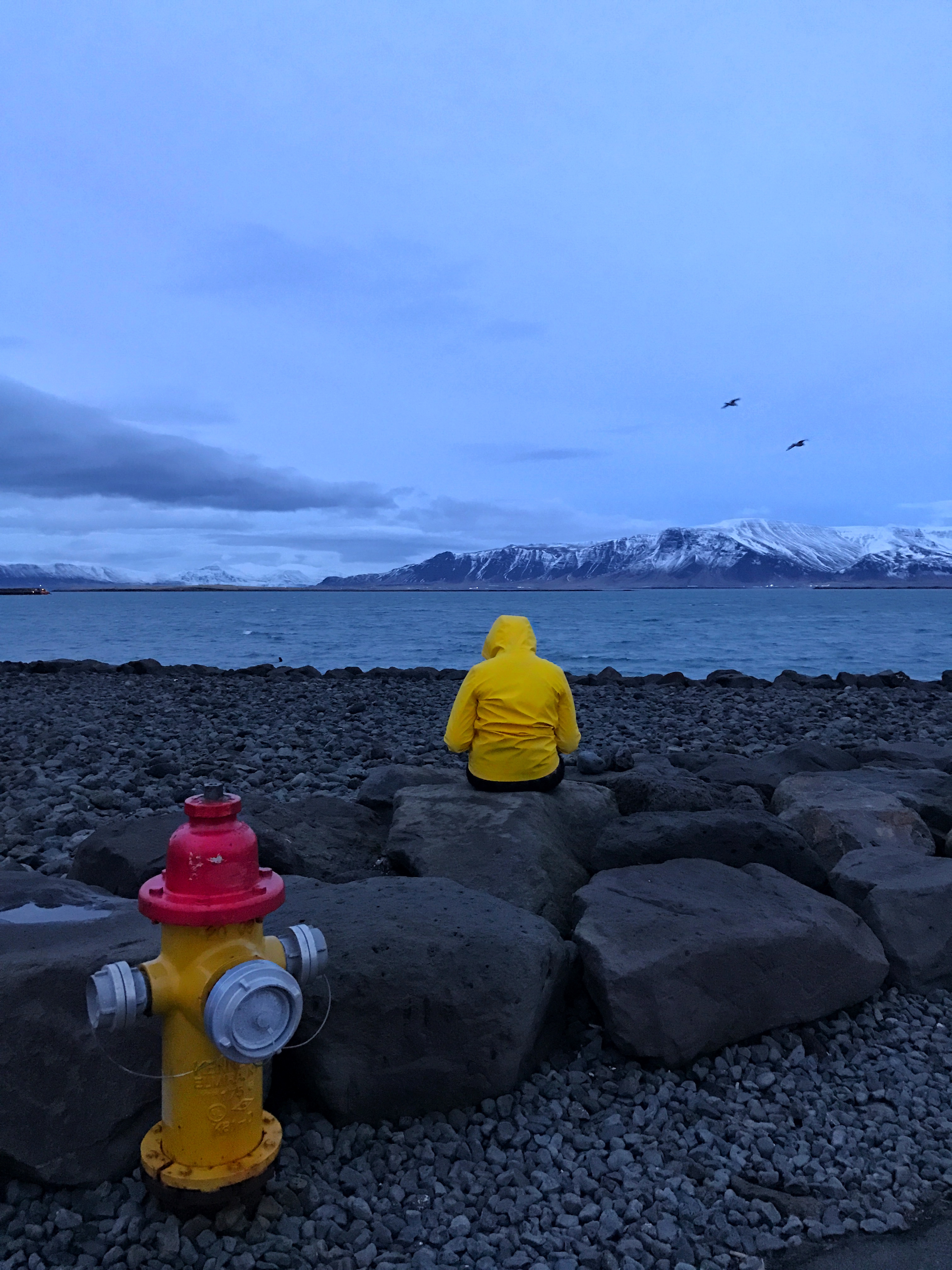 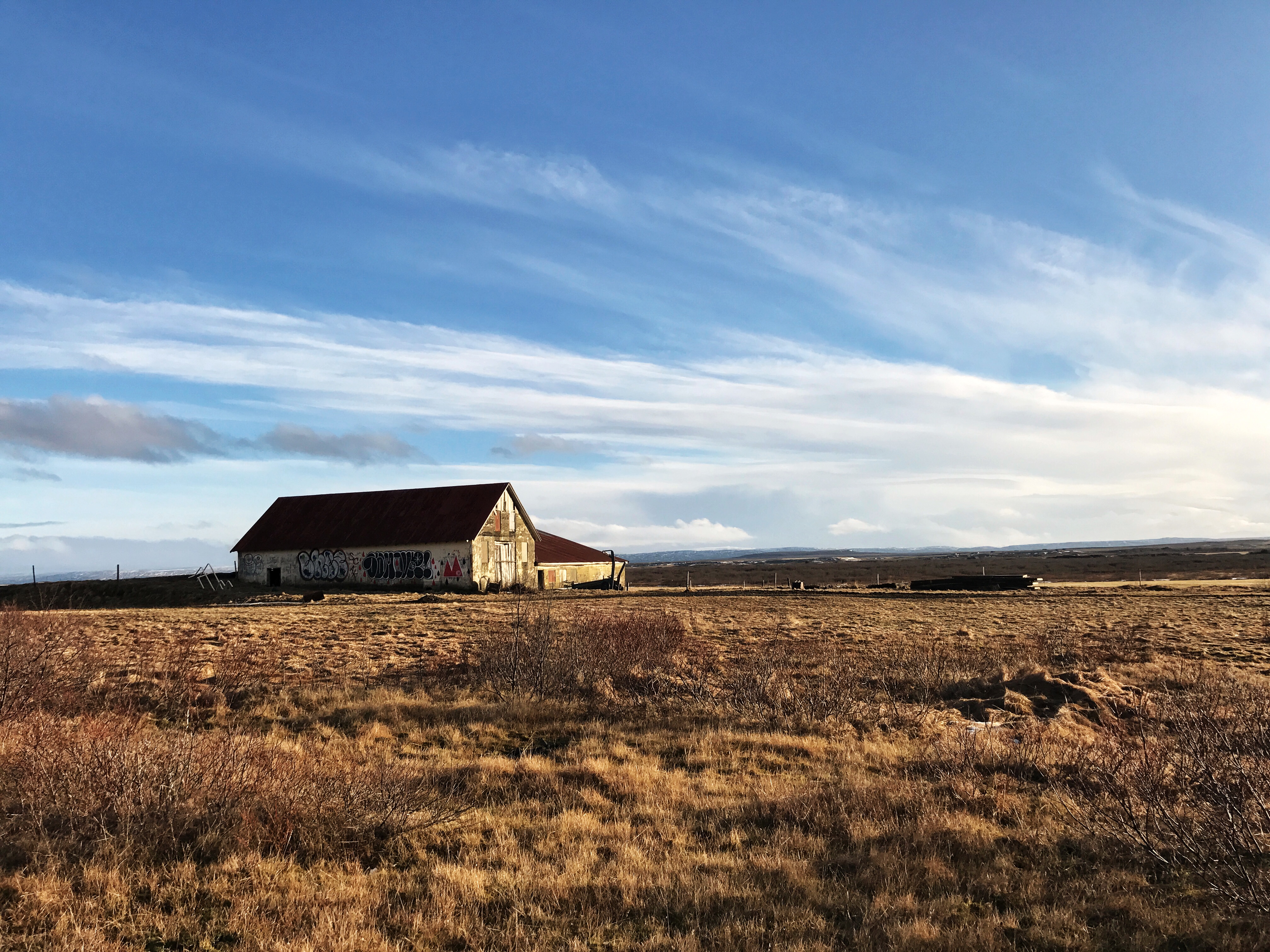 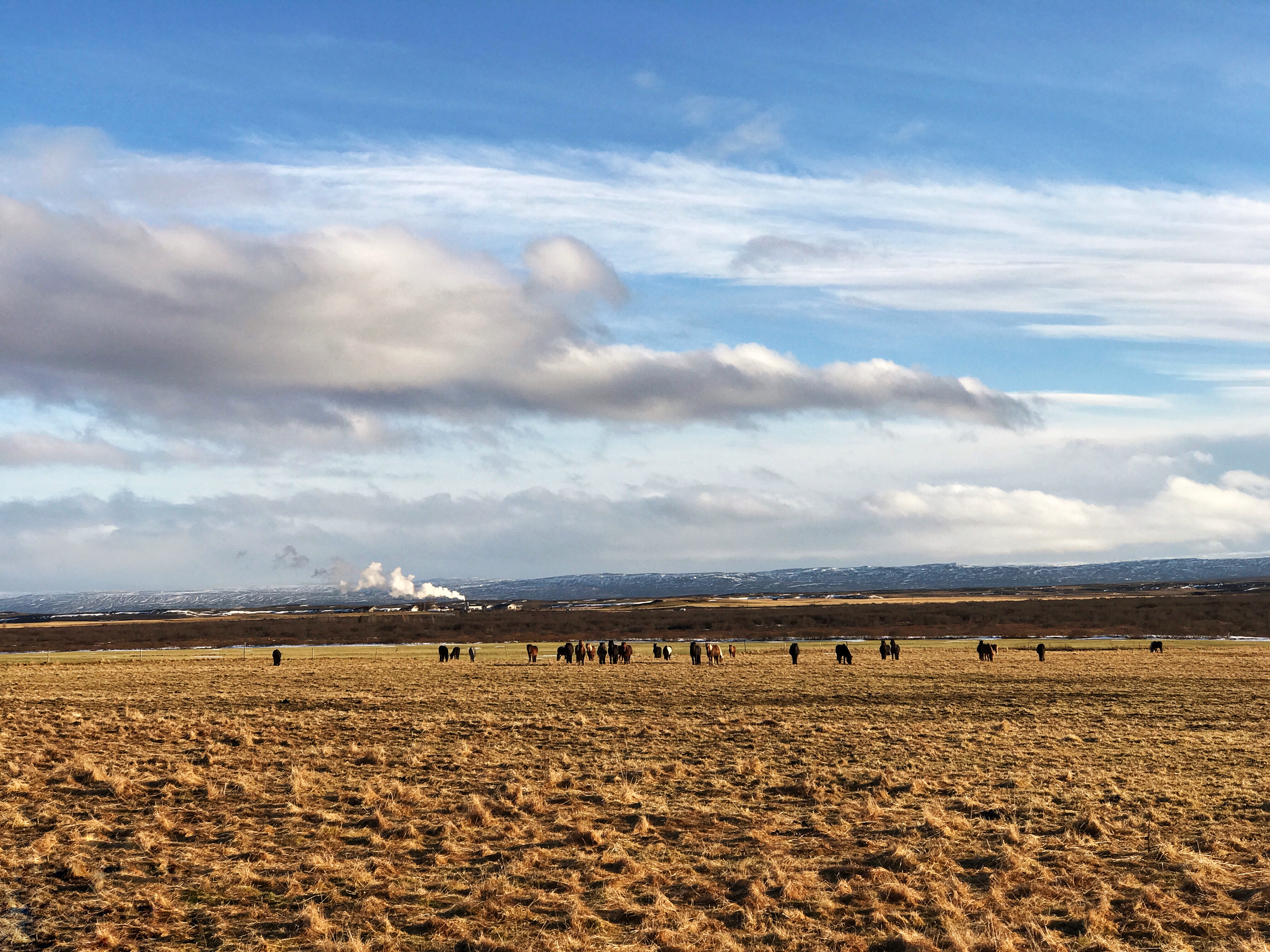 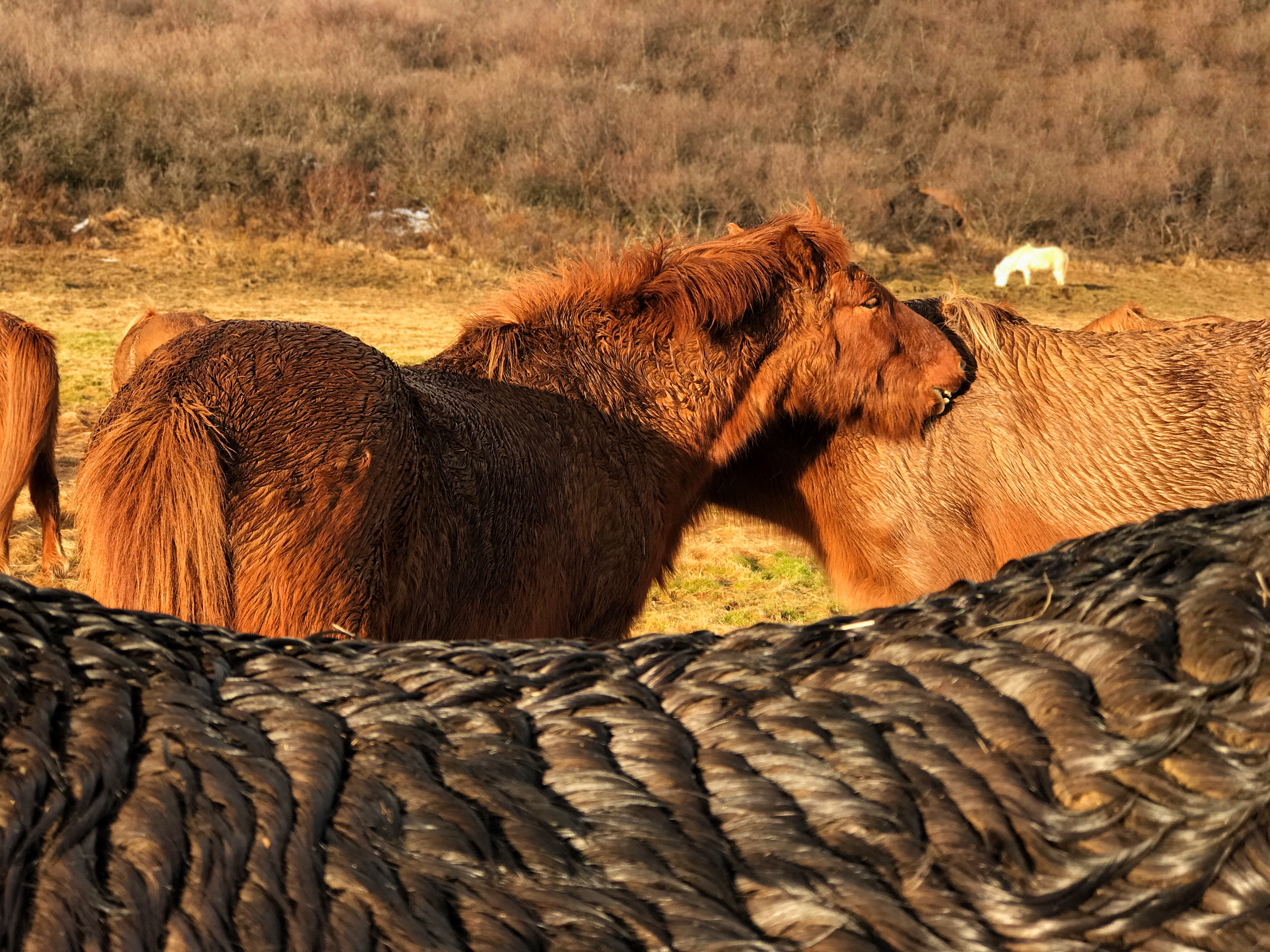 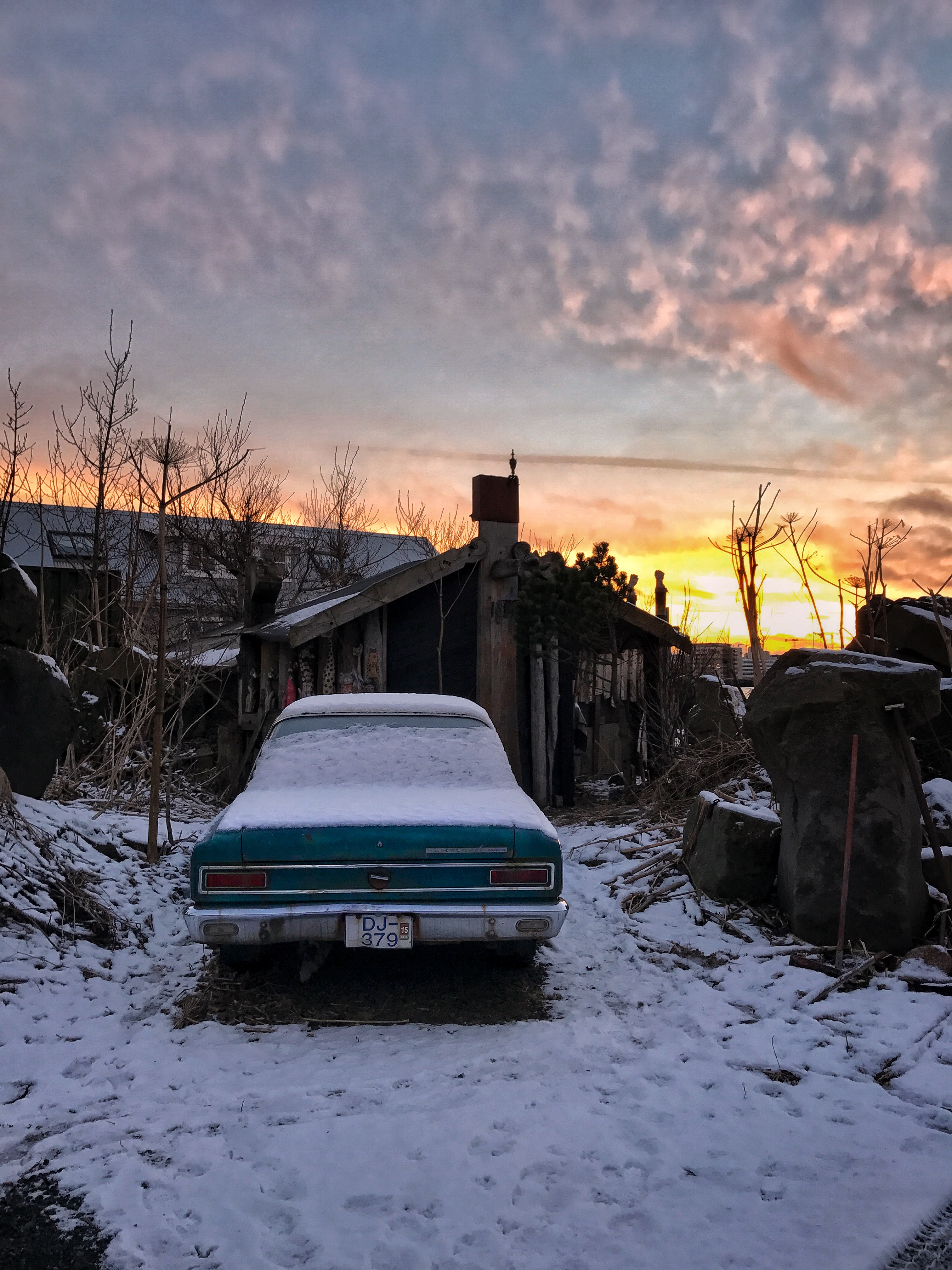 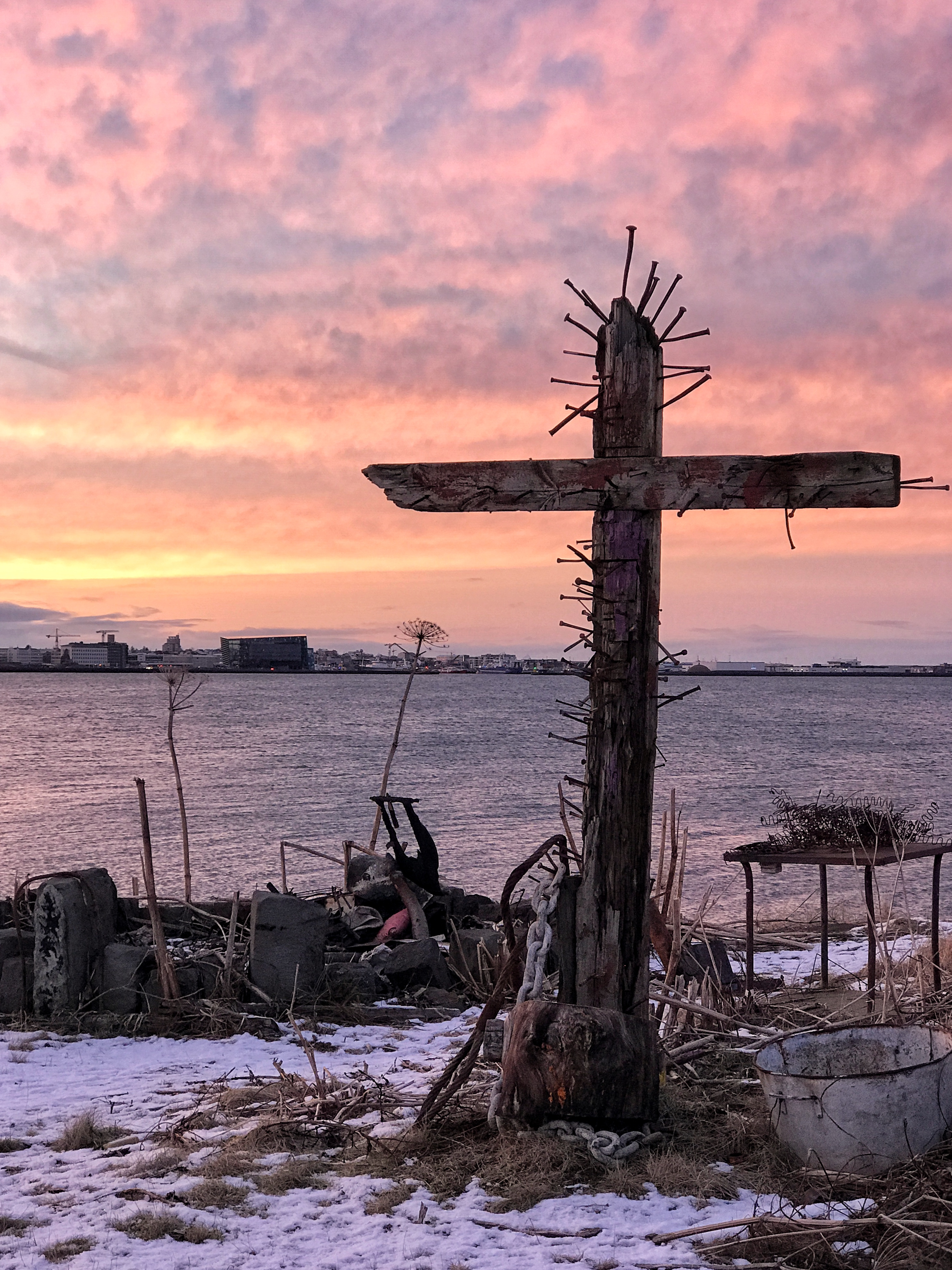